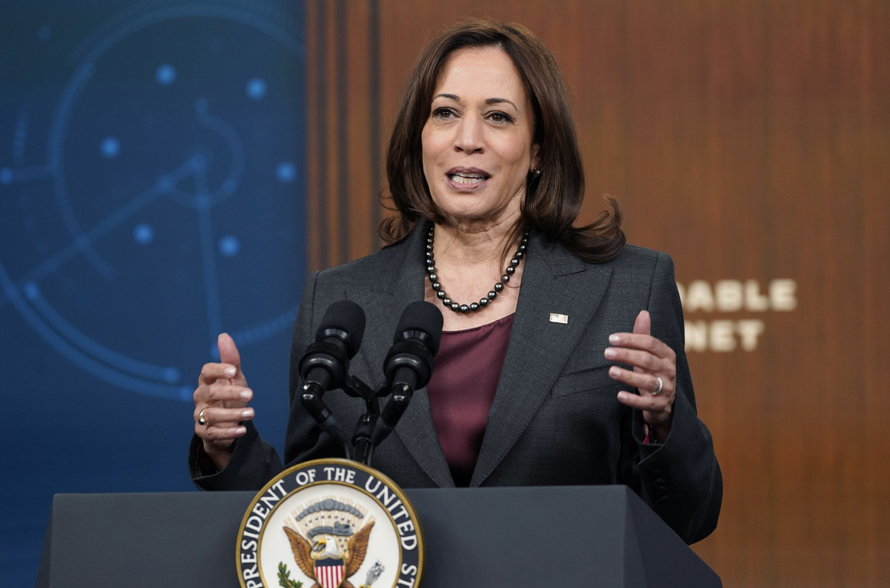 West News Wire: The vice president of the United States, Kamala Harris, described the efforts being made by the Biden administration to deal with disasters like the fatal flooding in Kentucky and the wildfires destroying her home state of California as a “instant” and “urgent” problem.

Harris was scheduled to make a $1 billion grant announcement on Monday to help states deal with climate-related issues including flooding and severe heat. The awards are intended to assist communities around the country in disaster response and catastrophe preparation.

Prior to the grant announcement, Harris visited the National Hurricane Center and stated that disasters like the California wildfires and the Kentucky flood demonstrate “how immediate, how current, and how serious the subject is of tackling the extreme weather that we’ve been experiencing around the country and the world”.

“The frequency has accelerated in a relatively short period of time,” Harris said. “The science is clear. Extreme weather will only get worse, and the climate crisis will only accelerate.”

In 2021, the US experienced 20 climate-related disasters that each caused more than $1bn in damage, Harris said, citing a report by the National Oceanic and Atmospheric Administration. There were about six such disasters per year in the 1990s.

The visit comes as the White House is leading a government-wide response to climate disasters that “recognises the urgency of this moment and our ability to do something about it,” she said.

The vice president was at the hurricane centre for a briefing before visiting Florida International University, where she is expected to announce the grants.

President Joe Biden announced last month that the administration will spend $2.3bn to help communities cope with soaring temperatures through programmes administered by the Federal Emergency Management Agency (FEMA), the Department of Health and Human Services and other agencies.

The move doubles spending on the Building Resilient Infrastructure and Communities, or BRIC, programme, which supports states, local communities, tribes and territories on projects to reduce climate-related hazards and prepare for natural disasters.

The funding announced on Monday will “help to ensure that our most vulnerable communities are not left behind, with hundreds of millions of dollars ultimately going directly to the communities that need it most,” Criswell said.

A total of $1bn will be made available through the BRIC programme, with a further $160m to be offered for flood mitigation assistance, officials said.

Jacksonville, the largest city in Florida, was among cities that received money under the BRIC programme last year. The city was awarded $23m for flood mitigation and stormwater infrastructure. Jacksonville sits in a humid, subtropical region along the St Johns River and Atlantic Ocean, making it vulnerable to flooding when stormwater basins reach capacity. The city experiences frequent flooding and is at risk for increased major storms.

The Biden administration has launched a series of actions intended to reduce heat-related illness and protect public health, including a proposed workplace heat standard.