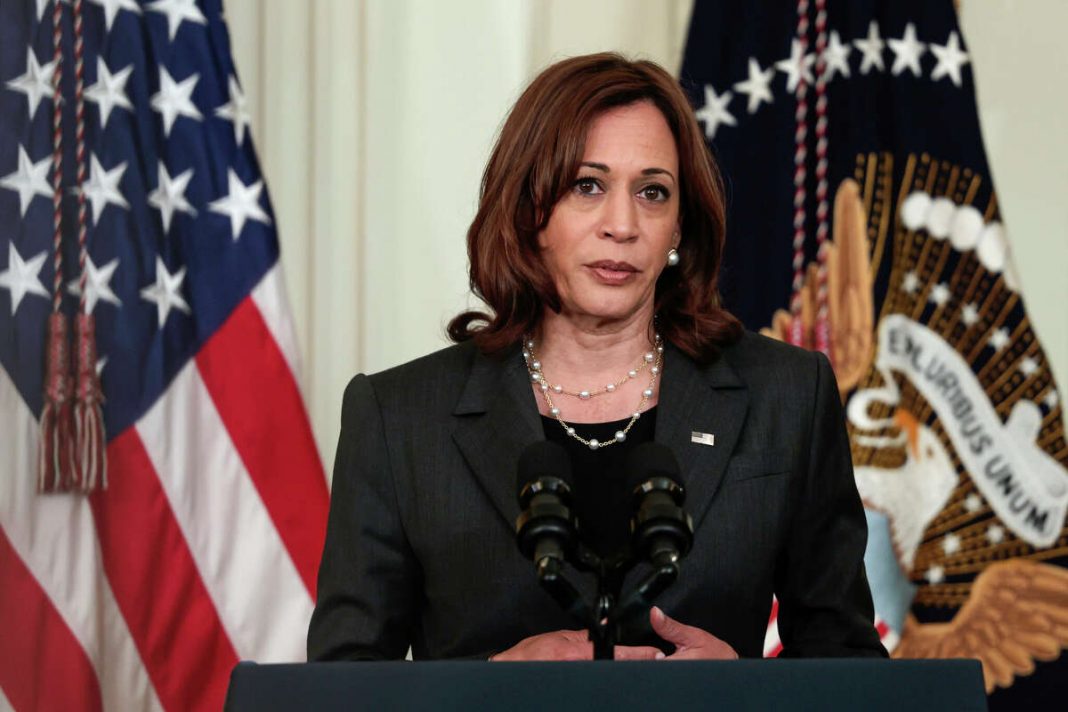 West News Wire: After speaking at the funeral of a woman killed in the Buffalo, New York grocery store mass shooting earlier this month, Vice President Kamala Harris called for a ban on “assault weapons” on Saturday.

She referred to firearms as “weapons of war” with “no place in civil society.”

“We are not sitting around wondering what the solution will be. We’re not looking for a vaccination, you know. On this, we know what works “She spoke to reporters outside of Air Force Two at Buffalo Niagara International Airport, referring to the recent spate of horrific shootings in the United States. “Let’s put an end to assault weapons.”

The vice president had spoken at the funeral for Ruth Whitfield, 86, one of 10 Black people killed at a Tops supermarket on May 14 by a self-proclaimed White supremacist. At Whitfield’s service, Harris said the U.S. is experiencing an “epidemic of hate.”

Harris said at the funeral that Scripture teaches about strength, and that strength is based on who “you lift up” rather than “who you beat down.”

“And it means then also, in that strength, understanding we will not allow small people to create fear in our communities that we will not be afraid to stand up for what is right, to speak up even when it may be difficult to hear and speak,” she said.

She continued, “Enough is enough.”

Though “assault weapons” is a broad term, Harris was certainly referring to guns like AR-15-style rifles used in both the May 14 Buffalo shooting and the Uvalde, Texas school shooting that left 19 children and two teachers dead.