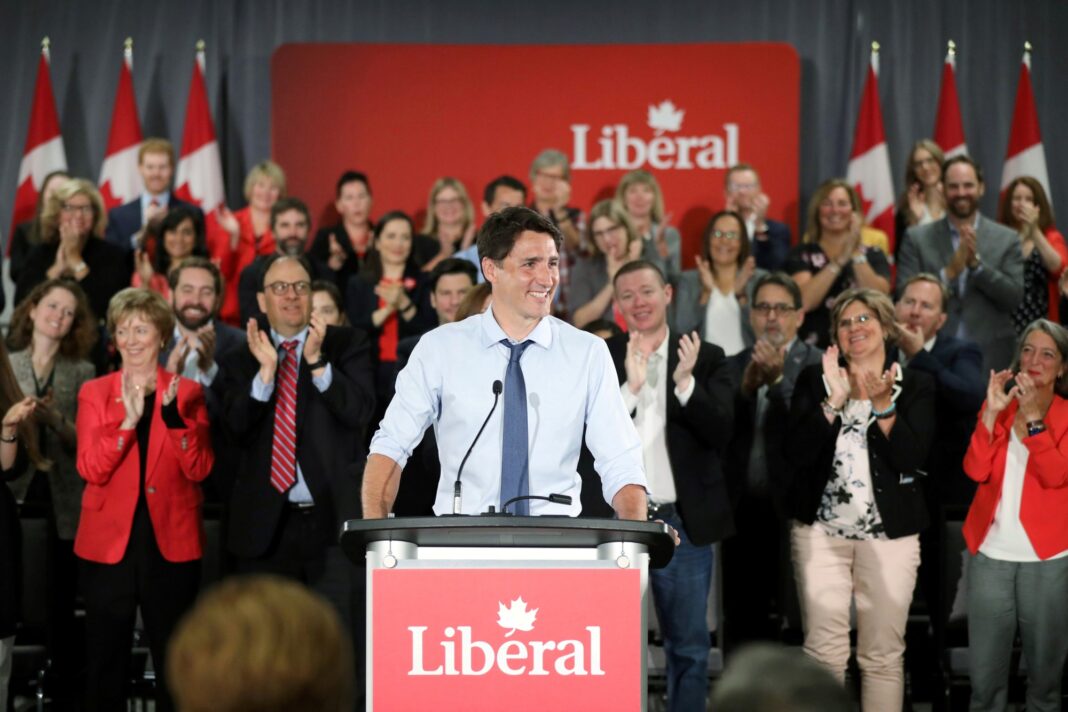 The 49-year-old Trudeau channeled the star power of his father, the Liberal icon and late Prime Minister Pierre Trudeau when he first won the election in 2015 and now appeared to have led his party to the top finish in two elections since.

The Liberals were leading in 148 ridings, the Conservatives in 103, the Quebec-based Bloc Québécois in 28, and the leftist New Democratic Party in 22.

Canada is now among the most fully vaccinated countries in the world and Trudeau’s government spent hundreds of billions of dollars to prop up the economy amid lockdowns.

Trudeau argued that the Conservatives’ approach, which has been skeptical of lockdowns and vaccine mandates, would be dangerous and says Canadians need a government that follows science.

Conservative leader Erin O’Toole didn’t require his party’s candidates to be vaccinated and would not say how many were unvaccinated.

O’Toole described vaccination as a personal health decision, but a growing number of vaccinated Canadians are increasingly upset with those who refuse to get vaccinated.

Trudeau supports making vaccines mandatory for Canadians to travel by air or rail, something the Conservatives oppose.

Meanwhile, Alberta, run by a Conservative provincial government, is in crisis. Alberta Premier Jason Kenney, an ally of O’Toole, said the province might run out of beds and staff for intensive care units within days.

Whether moderate Canadians believed O’Toole is the progressive conservative he claims to be and whether he alienated traditional Conservatives became central questions of the campaign.

Trudeau’s legacy includes embracing immigration at a time when the U.S. and other countries closed their doors. He also legalized cannabis nationwide and brought in a carbon tax to fight climate change. And he preserved free trade deal with the U.S. and Mexico amid threats by former U.S. President Donald Trump to scrap the agreement.