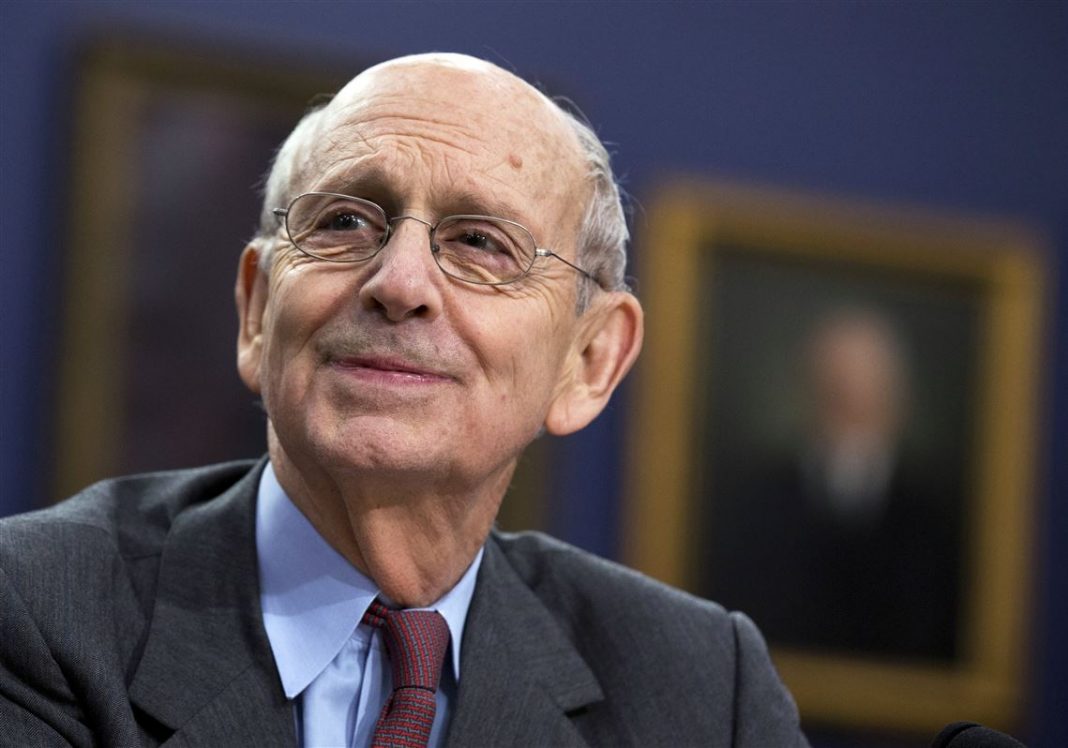 West News Wire: The nation’s first Black female justice, Ketanji Brown Jackson, will be sworn in after Supreme Court Justice Stephen Breyer, the most senior member of the court’s liberal wing, officially steps down from the bench at noon on Thursday. By doing so, he frees up the bench for other justices to take their seats.

In a letter dated Wednesday to President Joe Biden, Breyer stated, “It has been my great honor to participate as a judge in the effort to maintain our Constitution and the Rule of Law.”

Breyer’s retirement satisfies the demand of Democrats who pushed for his departure to make room for Biden’s first court nominee.

Progressive activists had imposed unprecedented public pressure on Breyer, who was nominated in 1994 by President Bill Clinton, to retire. Breyer was first appointed to the federal bench in 1980 by President Jimmy Carter, going on to serve 13 years as an appellate judge until Clinton elevated him to replace Justice Harry Blackmun on the Supreme Court in 1994. The Senate confirmed him 87-9.

His retirement relatively early in the Biden presidency, while Democrats retain a razor-thin majority in the U.S. Senate, helped to ensure his seat would be filled with someone who shares his judicial philosophy.

Breyer has described differences among the justices as contrasts in “philosophical outlook” rather than differences of politics and chaffed at the labeling of justices as “liberal” or “conservative.”

“Politics to me is who’s got the votes. Are you Republican or Democrat? I don’t find any of that here,” he told ABC News Chief Washington Correspondent Jonathan Karl in 2015.

Jackson, 51, who currently sits on the U.S. Court of Appeals for the D.C. Circuit, will fill Justice Breyer’s seat, and become the first Black woman to sit on the nation’s highest court. With Jackson’s ascension to the bench, for the first time, white men will not represent the majority on the Supreme Court.

President Joe Biden formally announced Jackson’s nomination earlier this year and fulfilled a campaign promise made ahead of the South Carolina primary when he relied heavily on support from the state’s Black voters and Rep. Jim Clyburn.

Jackson, who will also be the nation’s first former public defender to sit on the high court, served as a clerk for Breyer from 1999 to 2000 and called it “extremely humbling to be considered” for his seat.