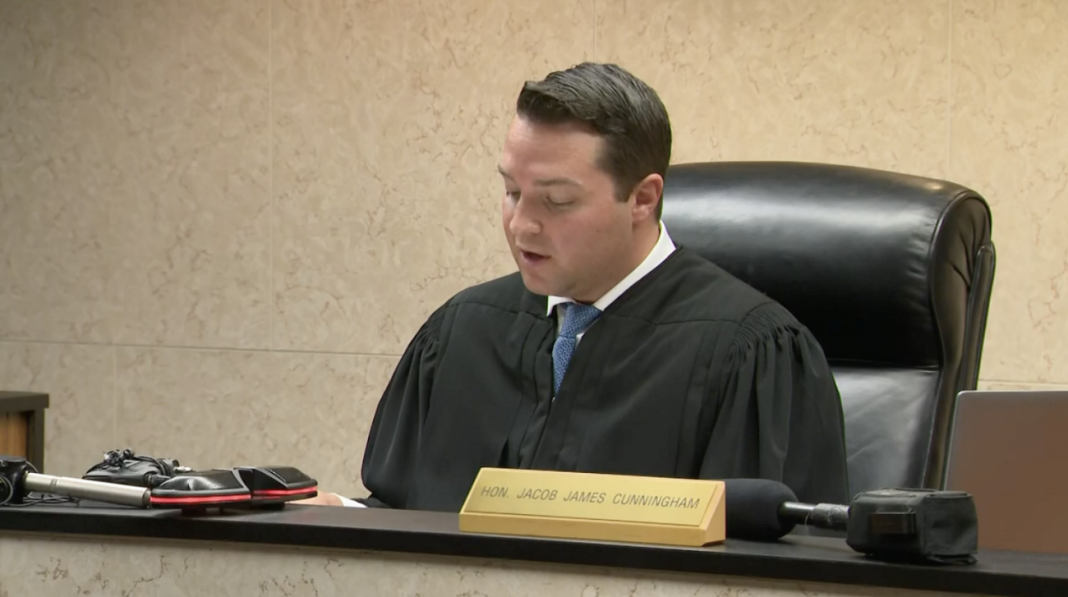 West News Wire: In support of Democratic Governor Gretchen Whitmer, a Michigan judge ruled that county prosecutors cannot enforce an almost complete abortion prohibition that has been in place since 1931.

After the judge conducted a two-day evidence hearing, the governor’s attorneys urged the court to issue a temporary restraining order.

Whitmer requested a preliminary injunction, and Judge Jacob Cunningham granted her motion on the grounds that refusing to do so would endanger the public.

With the assumption that the constitutional amendment initiative will be on the ballot on November 8, Cunningham stated during the hearing on Friday that “this court finds it is overwhelmingly in the public’s interest to let the people of the great state of Michigan decide this matter at the ballot box.”

On Aug. 31, the state’s board of canvassers will meet and announce whether a constitutional amendment protecting abortion rights will be on the ballot in November.

“While today is welcome news, my team and I will remain vigilant in protecting reproductive freedom,” Whitmer said in a statement about the ruling. “The sad reality is that a number of leaders in the state are actively looking for ways to make sure Michigan’s draconian 1931 law, which bans abortion for all women, doesn’t include exceptions for rape or incest, and criminalizes nurses and doctors who offer reproductive care, is the law of the land. I am proud of my team today, but our work continues.”

Cunningham, reading a written statement, said that not upholding the temporary hold on enforcement of the ban would cause “irreparable harm” to the people of Michigan. Cunningham also said that the defendants would suffer “zero” harm from the court preventing them from enforcing the abortion ban.

Whitmer filed a lawsuit in April seeking to uphold abortion protections in the state. Whitmer is asking the state’s Supreme Court to clarify whether Michigan’s Constitution protects the right to abortion.

This is the latest development in a legal battle initiated by Whitmer to determine whether the abortion ban is in line with the state’s Constitution, after the U.S. Supreme Court overturned Roe v. Wade, the landmark case that established a federal right to abortion, in June.

The 1931 law makes it a felony to provide an abortion unless it is medically necessary to save the life of a pregnant person. The law does not make exceptions for rape or incest. The law also states that if the pregnant person dies, the provider would be charged with manslaughter.

“It’s clear to the court that only one group is harmed by the statute: women and people capable of carrying children,” Cunningham said.

The law was in effect from 1931 to 1948, according to the Michigan legislature.