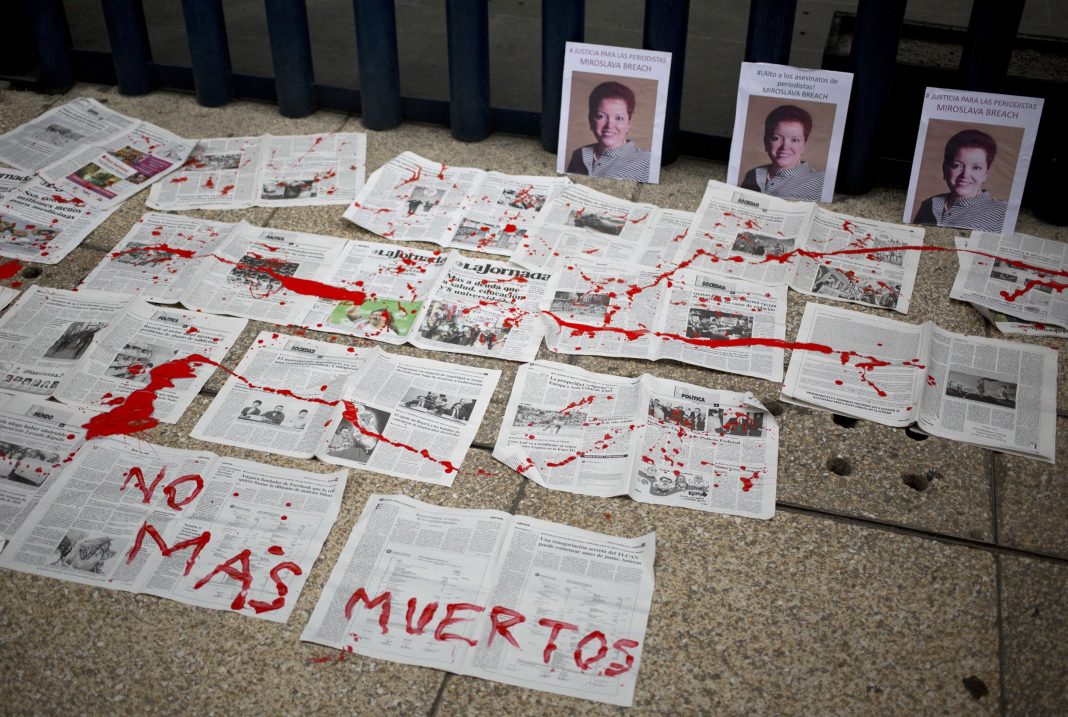 West News Wire: Another journalist was killed in Mexico on Tuesday, the eighth this year in an extraordinary wave of assassinations that has rendered the country the world’s most dangerous place for journalists.

Despite the government’s claims that the situation is under control, journalists, reporters and photographers have been murdered at a rate of about one per week in Mexico this year.

Journalist Armando Linares was shot to death in a residence in the town of Zitacuaro, according to prosecutors in Michoacan’s western state. He was assassinated six weeks after a colleague, Roberto Toledo, from the same publication Monitor Michoacan, was killed. In a video shared to social media on Jan. 31, Linares revealed Toledo’s death.

Zitacuaro is one of the closest towns to the monarch butterfly wintering grounds in the mountains west of Mexico City.

The area has been plagued by illegal logging and drug gangs, local governance disputes and deforestation linked to expanding avocado production. Logging has damaged the pine and fir forests where the butterflies spend the winter after migrating from the United States and Canada.

Linares served as director at the Monitor Michoacan website, which on Tuesday continued to show an article he had written about a cultural festival celebrating monarch butterflies.

There was no immediate information on a possible motive in the killing.

Toledo, a camera operator and video editor for Monitor Michoacan, was shot Jan. 31 as he prepared for an interview in Zitacuaro.

At the time of Toledo’s death, Linares told The Associated Press he had received several death threats after enrolling in a government journalist protection program.

Criminals in Mexico often claim they are part of a drug cartel in order to instill fear in their victims, whether or not they really are.

“The nightmare continues for the press in Mexico,” the press group Reporters Without Borders wrote in its social media accounts.

López Obrador claims the government is investigating all of the killings and suggested Blinken received bad information from other U.S. agencies, mentioning the CIA, FBI and Drug Enforcement Administration.

“They’re tricking him,” he said. “We don’t tolerate the impunity of anyone.”

And last week, López Obrador issued an irate response to European Parliament criticism of journalist killings in Mexico, accusing the Europeans of having a “colonialist mentality.”

“It is unfortunate that you vote like sheep to join the reactionary and coup-mongering strategy of the corrupt group opposed to the Fourth Transformation,” as López Obrador calls his administration, he wrote in an open letter to the parliament.

The EU Parliament approved a resolution last Thursday urging López Obrador to stop his harsh verbal attacks on reporters who criticize him, and ensure their safety.

In February, the Inter American Press Association called on the president to “immediately suspend the aggressions and insults, because such attacks from the top of power encourage violence against the press.”

The EU resolution “calls on the authorities, and in particular the highest ones, to refrain from issuing any communication which could stigmatize human rights defenders, journalists and media workers, exacerbate the atmosphere against them or distort their lines of investigation.”

Journalists are often the targets of Mexico’s drug cartels, which seek to intimidate and manipulate coverage of their activities and their rivals. Local politicians and government officials are also frequently linked to murders, according to the government, which has acknowledged that impunity in those killings runs above 90%.

In early March, gunmen killed Juan Carlos Muñiz, who covered crime for the online news site Testigo Minero in the state of Zacatecas.