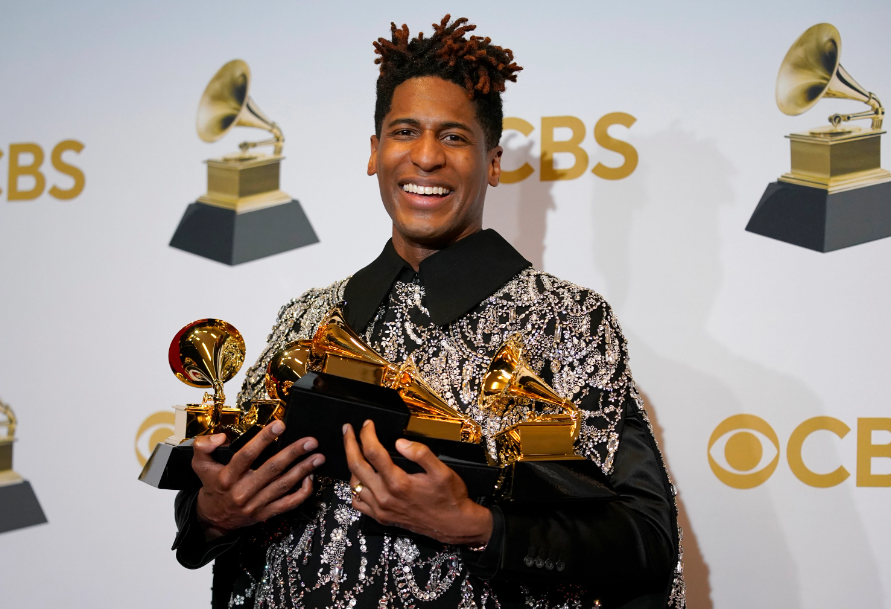 According to Vanessa Valdivia, a representative for first lady Jill Biden, whose office is in charge of organizing the dinner, Jon Batiste is a musician whose music inspires and unites people across generations.

We’re delighted to have him play at the White House for the Biden-Harris administration’s first state dinner, said Valdivia.

The Macron black-tie event will take place during what looks to be a busy social season at the White House. Naomi, a granddaughter of the Bidens, got married earlier this month on the South Lawn. And first lady Jill Biden was set on Monday to unveil the White House decorations that will be viewed by thousands of holiday visitors over the next month.

Reporters returning to the White House on Sunday with the president saw large wreaths studded with shiny Christmas tree ornaments and red bows suspended from the south side of the White House. Wreaths also were hung on the Pennsylvania Avenue side of the building. White lights were draped over the shrubs and other landscaping on the South Lawn. A Christmas tree could be seen through the windows of the Oval Office.

He won five Grammy Awards this year, including for album of the year for “We Are.” During the awards show in April, Batiste ended his dance-filled performance of “Freedom” by jumping up on Billie Eilish’s table.

Batiste, 36, most recently was bandleader and musical director of “The Late Show with Stephen Colbert,” leaving the broadcast after a seven-year run.

Batiste composed music, consulted on and arranged songs for Pixar’s animated film “Soul.” He won a Golden Globe for the music alongside Trent Reznor and Atticus Ross of Nine Inch Nails. The trio also earned the Academy Award for best original score. For their work on “Soul,” Batiste, Reznor and Ross won the Grammy for best score soundtrack for visual media.

The Washington Post was first to report that Batiste will perform at the dinner.