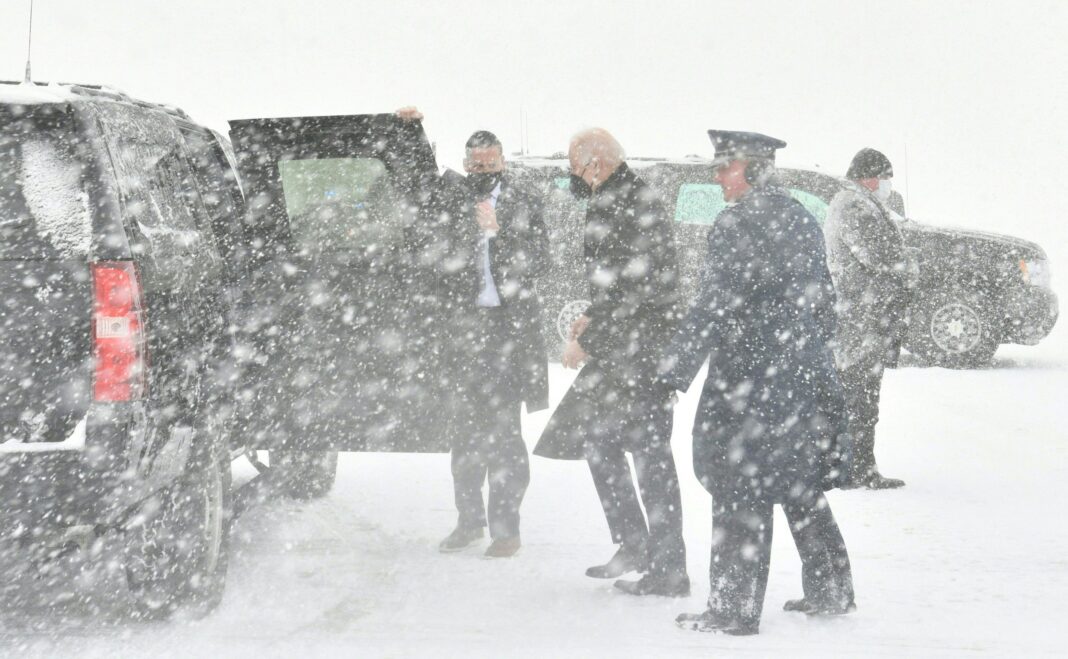 West News Wire: On Monday, President Joe Biden was stranded on Air Force One due to significant snowfall in Washington DC, which forced the closure of schools and federal government agencies.

Biden was kept on Air Force One for half an hour after returning from his home state of Delaware, where he spent the New Year, as airport staff struggled to lift the plane’s door under heavy snowfall.

The truck transporting the plane’s steps proceeded slowly through the heavy blanket of snow while workmen on the ground pushed it through.

DC Mayor Muriel Bowser had declared a snow emergency Sunday night, which will be in place until 7pm Monday. Amid a heavy snowstorm, many Covid-19 testing and vaccination sites have been shuttered for the day, and hundreds of flights were canceled.

The National Weather Service issued a warning that between 4 and 8 inches of snow could fall between the southern Appalachians through the nation’s capital and into southern New Jersey, with some areas likely seeing 8 to 12 inches.

As much as 10 inches of snow is expected to hit DC, northern Virginia and central Maryland.

The 79-year-old president walked down the stairs of the plane carefully, with a Secret Service agent following behind him. Agents usually stay a few feet back to keep out of the camera shot, according to the DailyMail.

He returns after a six-day New Year’s holiday break spent in Wilmington, Delaware. The president was originally scheduled to fly on Marine One from Delaware straight to the South Lawn of the White House, but instead took Air Force One to Joint Base Andrews and took the presidential motorcade back to 1600 Pennsylvania Avenue.

‘Because federal offices in the Washington, DC area are closed, there will be no press briefing today,’ the White House said.