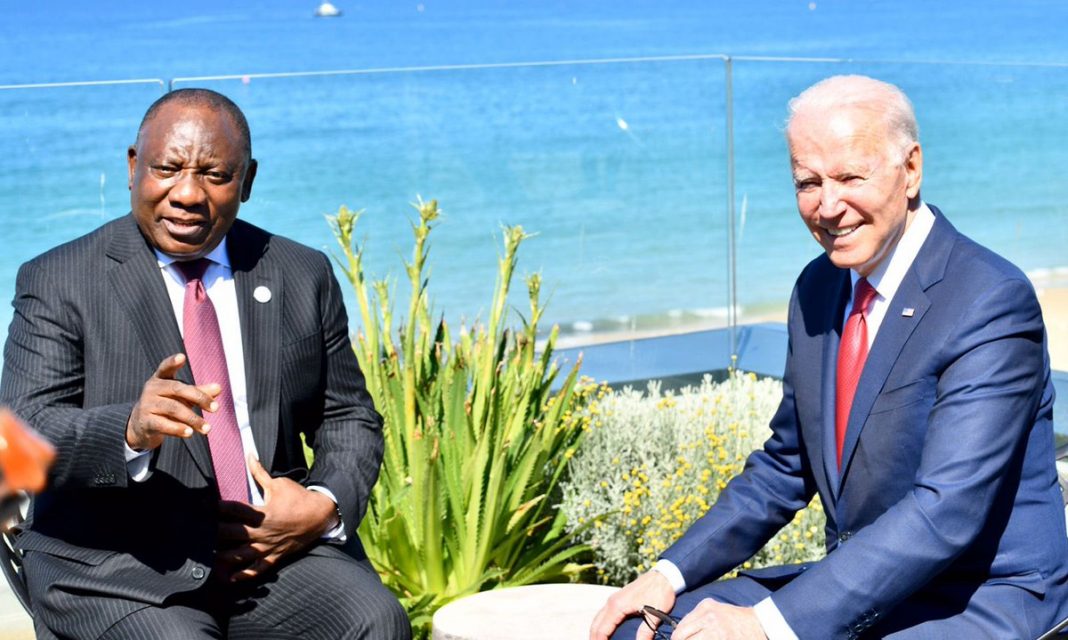 West News Wire: Cyril Ramaphosa, the president of South Africa, is traveling to the United States, where, according to aides, he plans to push for more discussions between Russia and Ukraine during talks with President Joe Biden on Friday.

The fact that South Africa abstained from a U.N. vote denouncing Russia’s conduct and advocating for a mediated settlement shows that Ramaphosa is one of the African leaders who have kept a neutral posture on the conflict.

In discussions with Biden and Vice President Kamala Harris, Ramaphosa will underline the value of communication, according to South Africa’s minister of international affairs, Naledi Pandor.

She said that when the nation attends the U.N. General Assembly the following week, this will also be its main concern.

“We would want a process of diplomacy to be initiated between the two parties and we believe the U.N. must lead, the U.N secretary-general in particular,” Pandor said.

“We did indicate that we were pleased that the negotiations on the transportation of grain had proceeded well and grain has begun to be transported,” Pandor said. “But in the context of the General Assembly, we will insist that there needs to be greater effort at finding a resolution on this terrible conflict and that the only way to do so would really be through a negotiated settlement.”

Ramaphosa is also expected to travel to the U.K. to attend the funeral of Queen Elizabeth II on Monday.