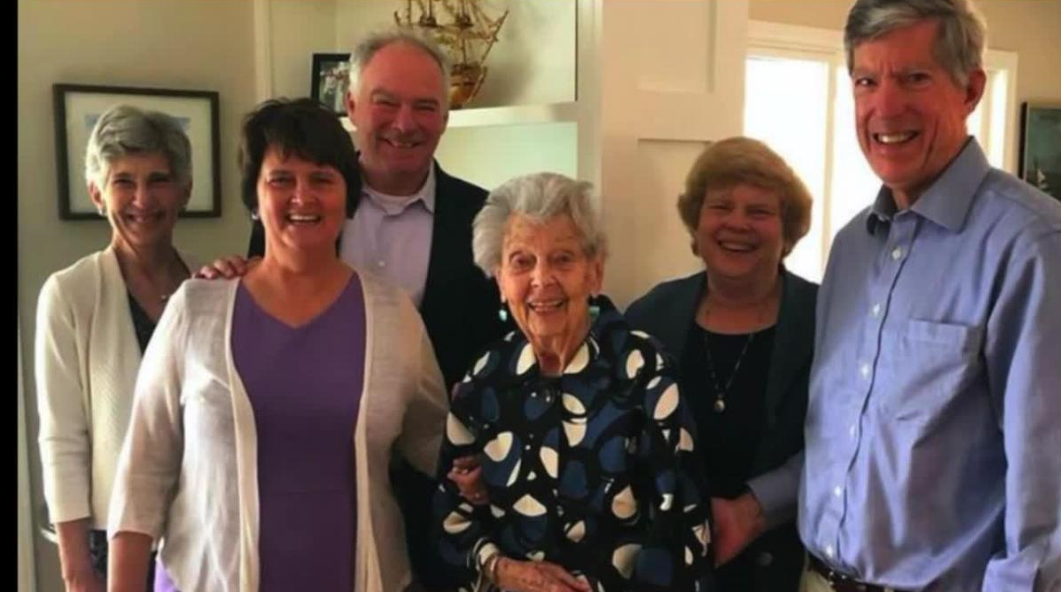 West News Wire: Former Virginia first lady “Jinks” Rogers Holton passed away on Friday morning at her home, according to a statement from her family. She was 97.

Holton was the late Republican governor A. Linwood Holton Jr., who put a stop to Virginia’s institutional resistance of federal mandates to desegregate its schools during his administration in the 1970s. She was also the mother of Anne Holton, the current senator from Virginia and wife of the former governor Tim Kaine.

Jinks Holton passed away quietly at her home in a retirement community in Irvington, Virginia, according to a statement from Anne Holton and her three siblings that was released by Kaine’s office.

They did not provide a cause of death. Her death comes a year after that of her husband, to whom she was married for 67 years.

Jinks Holton, as she was widely known, was a partner with her husband in what became “the family business: racial justice and civil rights for all Virginians,” the statement said.

The Holtons enrolled their own white children in predominantly Black schools rather than fight school busing.

“She and Dad together decided, when he was Governor, that our family would help integrate Virginia’s public schools, tearing down barriers to employment, and opening opportunities for all,” the siblings said.

Jinks Holton was a regular volunteer on Habitat for Humanity builds and a supporter of children’s causes throughout her life, including through her work to improve nutrition for Virginia’s children during her time as first lady, according to the statement.

She spoke multiple languages and spent two years after college working in Belgium for a precursor to the CIA, “running intelligence agents as the U.S. worked to manage the post-war complexities of Europe,” her family said. She told her parents she was a secretary at an embassy.

“On top of all this, to us she was Mom. She helped us with school work. She drove us to music lessons and sports practice. She made us molasses cookies and chocolate silk pie. She taught us the values and priorities of family and community and justice that have shaped who we all are and in turn shaped our children,” her children said.

Jinks Holton, who was born in Roanoke, also joined her husband, Kaine and Anne Holton in 2006 in opposing a proposed constitutional ban on same-sex marriage.

Kaine tweeted that his mother-in-law led “an amazing life, filled with family and purpose.”

“I’ve been deeply moved in the last year to see Anne so fulfill the role of daughter as she’s helped both her parents pass gracefully from life to heavenly peace,” he said.

Republican Gov. Glenn Youngkin said he and his wife, Suzanne, joined others across the state in mourning.

“She served Virginians from 1970-74 and educated families about nutrition, restored public mansion tours, & embraced community service as a passion,” he tweeted.