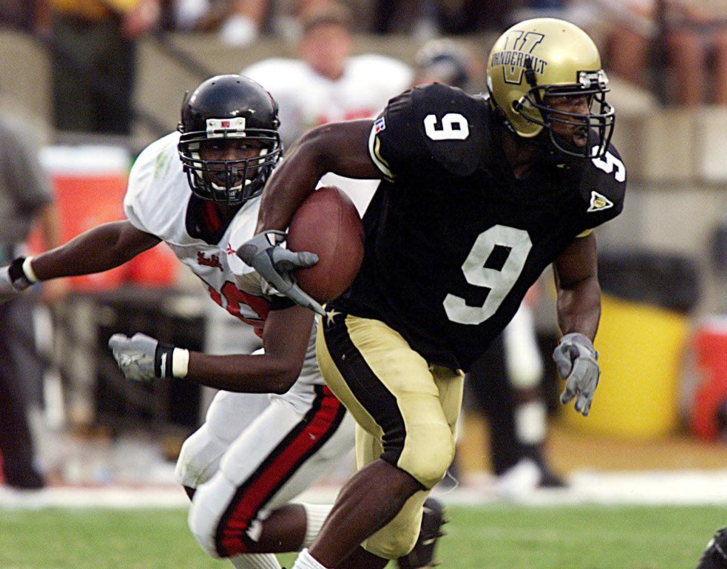 West News Wire: Jimmy Williams, an All-SEC cornerback and one of the greatest football players in Vanderbilt history, passed away on Friday. He was 43.

The Advocate in Baton Rouge reported that Williams had recently been ill. No additional information was available right away. Invoking the wishes of the family, Vanderbilt declined to disclose the cause of death.

Based on fan voting, the program named Williams, who played for Vanderbilt from 1997 to 2000, as one of the 100 greatest Commodore players of the past 100 years in May. Williams was one of three Vanderbilt players to score on a punt and a kickoff return, and he was honored as an SEC Football Legend in 2013. He has the fifth-most kickoff return yards in program history.

After four years with the program, Williams was a sixth-round draft pick in 2001 who spent six years in the NFL with the Seahawks and 49ers.

“My heart hurts as I write this,” athletics director Candice Lee wrote on Twitter. “I am blessed to have been student-athletes and friends with Jimmy Williams. I spent time with him this week and was reminded of the gift he is to the world. Learning of his passing hurts so badly.

“What a sad reminder this is to not take anything for granted. I want his sweet family to know we love him and them.”

Football coach Clark Lea said he hosted Williams, his wife Chandra and son Ace at his home on Wednesday. He complimented the family’s resilience through “an excruciatingly difficult and painful experience.”

“Jimmy will be remembered for the energy and spirit with which he filled a room, the love and devotion he showed to his beautiful family and the choices he made every day to live fully in the face of the most challenging adversity life has to offer,” Lea wrote in a statement.

Baseball coach Tim Corbin said Ace attended the team’s camp on Wednesday. “Chandra, you gave your husband a gift by bringing him (here) to watch Ace,” Corbin wrote on Twitter. “You could not take the smile off of Jimmy’s face, those 2 days. Chandra, we are thinking of you all, we are so sorry.”

Williams was still a supporter of Vanderbilt athletics and served as an honorary captain for the Commodores’ homecoming game against Mississippi State in 2021.