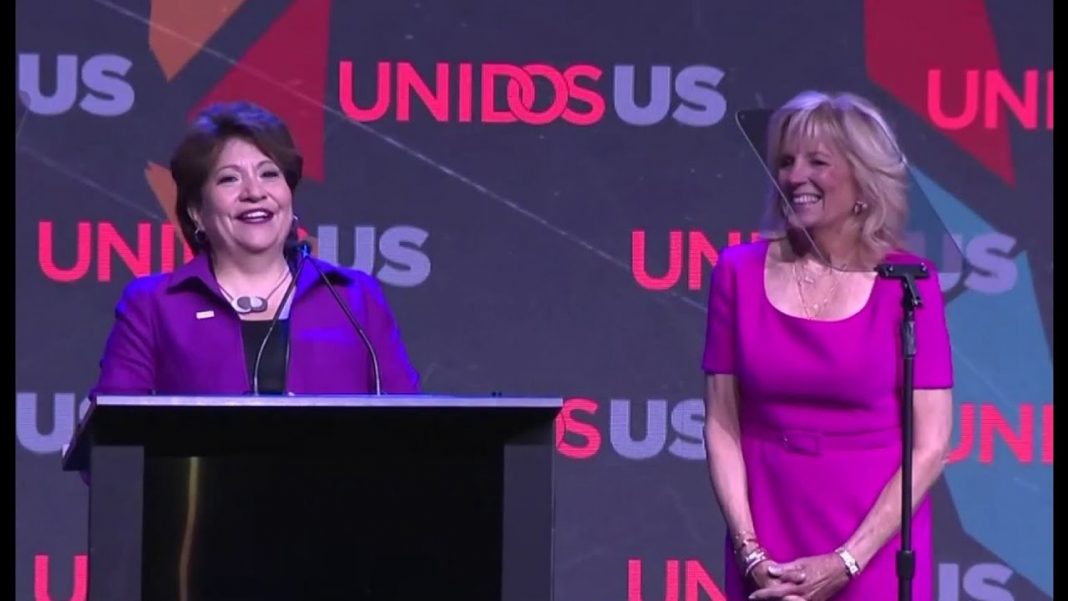 West News Wire: After facing criticism for saying in a speech on Monday that Latinos are “as unique as breakfast tacos,” first lady Jill Biden issued an apology through her spokesperson on Tuesday.

On Tuesday morning, after receiving harsh criticism from conservatives and the National Association of Hispanic Journalists, spokesperson Michael LaRosa tweeted a brief apology.

The tweet said, “The First Lady regrets that her words did not convey pure admiration and love for the Latino community.

The first lady noted in her remarks that the group’s longtime leader, Raul Yzaguirre, had “helped build this organization with the understanding that the diversity of this community as distinct as the bodegas of the Bronx, as beautiful as the blossoms of Miami, and as unique as the breakfast tacos here in San Antonio is your strength.”

Republicans pounced on social media, saying she was comparing Latinos to tacos, and the National Association of Hispanic Journalists also clapped back, sending a message to the first lady to “not reduce us to stereotypes.”

NAHJ encourages @FLOTUS & her communications team to take time to better understand the complexities of our people & communities. We are not tacos. Our heritage as Latinos is shaped by various diasporas, cultures & food traditions. Do not reduce us to stereotypes,” it said.

Republican Sen. Marco Rubio of Florida responded by changing his Twitter profile picture to an image of a taco and tweeting, “#NewProfilePic.”

But Janet Murguía, the current president and CEO of UnidosUS, tweeted after Biden’s speech that the group was “honored” to host her, calling her “a great educator in, and a great amiga to, our community for years,” and adding she was, “Privileged to call her a friend.”

The analogy and apology from the first lady come at a time with President Joe Biden and Democrats are seeking to reach out to Hispanic voters ahead of the midterm elections and ahead of Biden meeting Tuesday with Mexican President Andrés Manuel López Obrador at the White House.