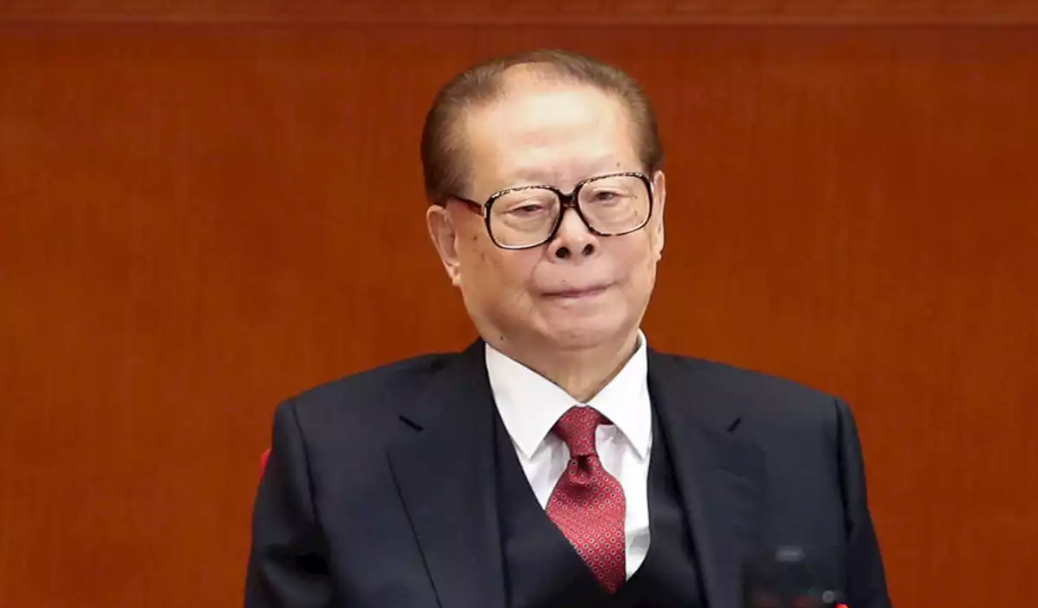 West News Wire: Jiang Zemin, who helped China emerge from isolation after the army put down the pro-democracy demonstrations in Tiananmen Square in 1989 and backed economic reforms that sparked a decade of tremendous growth, passed away on Wednesday. He was 96.

Jiang, who served as president for a decade and as the leader of the ruling Communist Party from 1981 to 2002, passed away in Shanghai from leukemia and multiple organ failure, according to state media.

His passing comes after the party had its broadest display of resistance in decades, when demonstrators demanded that leader Xi Jinping step down during weekend demonstrations over anti-virus measures that are relegating millions of people to their homes.

Jiang, an unexpected selection to head a split Communist Party following the unrest of 1989, led China history-making changes including a revival of market-oriented reforms, the return of Hong Kong from British rule in 1997 and Beijing’s entry into the World Trade Organization in 2001.

Even as China opened to the outside, Jiang’s government stamped out dissent. It jailed human rights, labor and pro-democracy activists and banned the Falun Gong spiritual movement, which the ruling party saw as a threat to its monopoly on power.

The party declared him a “great proletarian revolutionary” and “long-tested communist fighter.”

Jiang was responsible for China “getting onto a global platform and rehabilitating itself after 1989,” said Kerry Brown, a Chinese politics expert at King’s College London. “He will be remembered as someone who made probably a pretty positive contribution.”

Jiang was on the verge of retirement as the party secretary for Shanghai in 1989 when he was drafted by then-paramount leader Deng Xiaoping to pull together the party and nation. He succeeded Zhao Ziyang, who was dismissed by Deng due to his sympathy for the student-led Tiananmen protesters.

In 13 years as party general secretary, China’s most powerful post, Jiang guided the country’s rise to economic power by welcoming capitalists into the party and pulling in foreign investment after China joined the WTO. China passed Germany and then Japan to become the second-largest economy after the United States.

Jiang captured a political prize when Beijing was picked as the site of the 2008 Summer Olympics.

Portly and owlish in oversize glasses, Jiang was an ebullient figure who played the piano and enjoyed singing, in contrast to his more reserved successors, Hu Jintao and Xi.

He spoke enthusiastic if halting English and would recite the Gettysburg Address for foreign visitors. On a visit to Britain, he tried to coax Queen Elizabeth II into singing karaoke.

A former soap factory manager, Jiang capped his career with the communist era’s first orderly succession, handing over his post as party leader in 2002 to Hu, who also took the ceremonial title of president the following year.

After leaving office, Jiang had influence over promotions through his network of proteges. He was considered successful in elevating allies to the party’s seven-member Standing Committee, China’s inner circle of power, when Xi became leader in 2012.

Jiang was born Aug. 17, 1926, in the affluent eastern city of Yangzhou. Official biographies downplay his family’s middle-class background, emphasizing instead his uncle and adoptive father, Jiang Shangqing, an early revolutionary who was killed in battle in 1939.

China’s economic boom split society into winners and losers as waves of rural residents migrated to factory jobs in cities, the economy grew sevenfold and urban incomes by nearly as much.

His highest-profile target was Falun Gong, a meditation group founded in the early 1990s. Chinese leaders were spooked by its ability to attract tens of thousands of followers, including military officers.

It fell to Jiang, standing beside Britain’s Prince Charles, to preside over the return of Hong Kong on July 1, 1997, symbolizing the end of 150 years of European colonialism. The nearby Portuguese territory of Macao was returned to China in 1999.

Hong Kong was promised autonomy and became a springboard for mainland companies that want to do business abroad.

Jiang is survived by his two sons and his wife, Wang Yeping, who worked in government bureaucracies in charge of state industries.