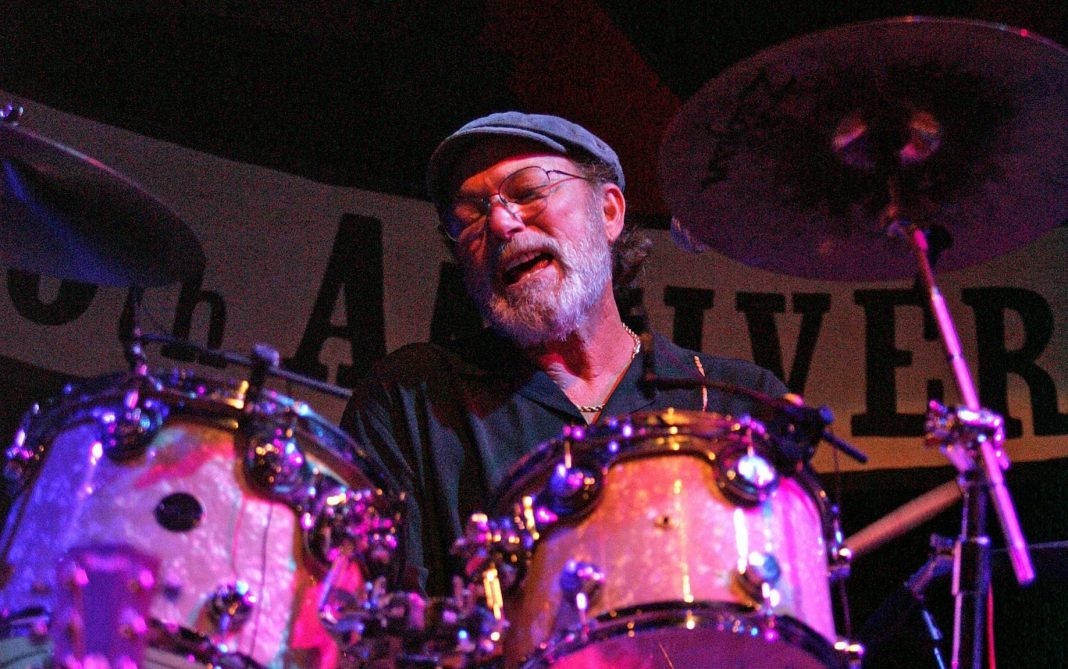 West News Wire: Jerry Allison, a pioneer of rock drumming who collaborated on tunes with Buddy Holly, a friend from his youth, and whose future wife served as the inspiration for the song “Peggy Sue,” has passed away. He was 82.

A representative for Gold Mountain Entertainment, which oversees Holly’s former backing band The Crickets, of whom Allison was the sole remaining original member, confirmed his passing on Wednesday. His death’s full circumstances weren’t immediately known.

Allison, who was raised in Hillsboro, Texas, met Holly in junior high and the two of them began performing together before rock music gained popularity in the early 1950s in roller rinks and The Cotton Club in Lubbock. As teenagers, the two collaborated on a number of successes, including “That’ll Be the Day,” inspired by a line from John Wayne in the classic Western “The Searchers.”

The Crickets, who also included Joe B. Mauldin and Niki Sullivan, broke through in 1957 with “That’ll Be the Day,” followed by “Oh, Boy!”, “Maybe Baby,” and other singles. Allison’s teenage girlfriend (Peggy Sue Gerron, whom he later married) was the namesake for “Peggy Sue,” which features Allison playing one of rock’s most celebrated drum parts a rolling pattern called paradiddles.

“Peggy Sue” was covered by numerous artists, including John Lennon and the Beach Boys, and referenced in “Barbara Ann” and other songs. Holly followed with “Peggy Sue Got Married,” later the title of a Francis Coppola film starring Kathleen Turner as a woman who travels back in time.

The Crickets’ sound was often stripped down to rock ‘n’ roll basics: guitars, bass and drums behind Holly’s “hiccupping” vocals. But they also liked experimenting in the studio with multi-tracking and overdubbing and inspired generations of musicians, including the Beatles, the Rolling Stones and other British Invasion rockers. One band, the Hollies, named themselves after Holly.

Allison’s innovative work is also apparent on “Everyday,” where he ditches the drums and keeps time in the song by slapping his knees. On “Well All Right,” Allison is drumming just on the cymbals.

But as its fame grew, the band stayed behind in Texas, while Holly moved to New York in 1958. In February 1959, Holly was killed at the age of 22 in a plane accident along with fellow musicians Ritchie Valens and J.P. Richardson, also known at the Big Bopper. The tragedy inspired Don McLean’s 1972 hit “American Pie.”

After Holly’s death, The Crickets continued as a band to tour and record together for decades, including recording the first version of “I Fought The Law,” a Sonny Curtis tune that was a hit later for The Bobby Fuller Four. They backed the Everly Brothers and toured with Waylon Jennings, and they became well respected session players who worked with Bobby Vee, Eddie Cochran and Johnny Burnette.

The Crickets were voted into the Rock and Roll Hall of Fame in 2012, while Holly was inducted in 1986 in the first class of inductees. Sullivan died in 2004 and Mauldin died in 2014. Allison and Gerron eventually divorced. Gerron died in 2018.