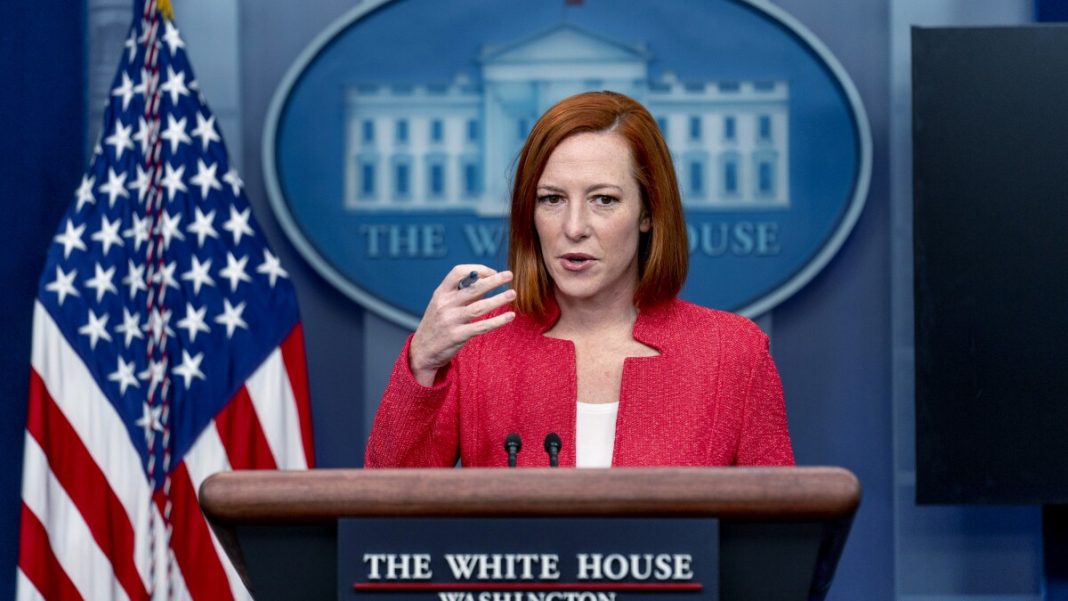 West News Wire: President Joe Biden stated Thursday that White House press secretary Jen Psaki will depart the White House on May 13 after a year and a half on the job, and her current deputy, Karine Jean-Pierre, will take her place.

Jean-Pierre will be the first Black and LGBT woman to serve as White House press secretary, in a historic appointment.

“Karine not only brings the experience, talent and integrity needed for this difficult job, but she will continue to lead the way in communicating about the work of the Biden-Harris Administration on behalf of the American people. Jill and I have known and respected Karine a long time and she will be a strong voice speaking for me and this Administration,” Biden said in a statement.

Psaki has long said she would leave the White House press office sometime this year.

“Jen Psaki has set the standard for returning decency, respect and decorum to the White House Briefing Room. I want to say thank you to Jen for raising the bar, communicating directly and truthfully to the American people, and keeping her sense of humor while doing so. I thank Jen her service to the country, and wish her the very best as she moves forward,” Biden said.

If Psaki lands at NBC next, as Axios has reported, it would follow a similar path to former Biden-Harris administration adviser Symone Sanders, who left last year to start a show on MSNBC.