wnw24
Home Technology Jeff Bezos’ Rocket Crashes; No One Was On Board 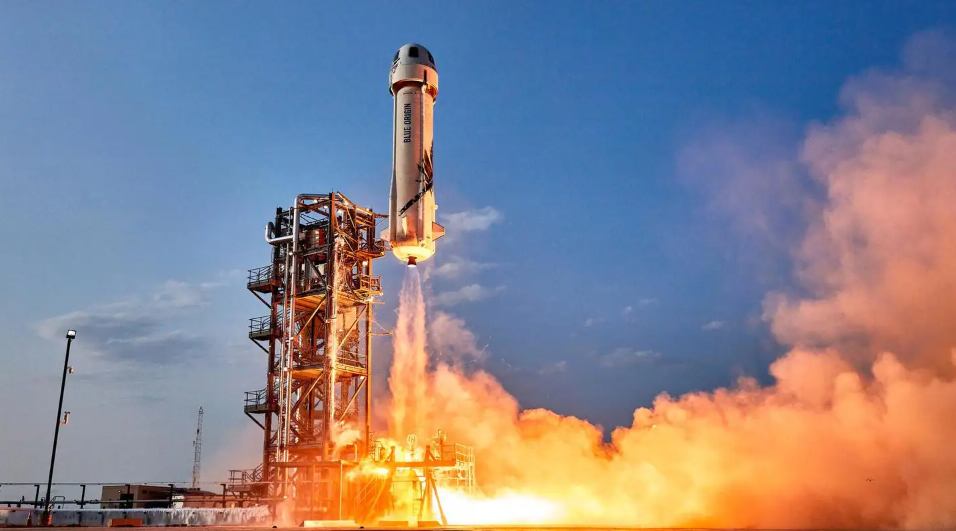 West News Wire: Blue Origin, the business founded by Jeff Bezos, the founder of Amazon, launched an unmanned New Shepard rocket that malfunctioned and crashed on Monday. Three dozen tests were carried within the capsule, which was evacuated in case of emergency.

There were no passengers on board the flight, which took off from Blue Origin’s launch pad in West Texas. Its design was the same as the New Shepard rockets that have carried stars like Jeff Bezos, William Shatner, and Michael Strahan to the farthest reaches of space.

Flights operated by the company were grounded by the Federal Aviation Administration while it conducted an investigation to see “if any system, process, or technique related to the disaster harmed public safety.”

“This is standard practice for all mishap investigations,” the F.A.A. said in a statement.

The New Shepard flights do not enter orbit around the Earth, but rather are short up-and-down trips that provide a few minutes of weightlessness at the top of the arc, which reaches more than 62 miles above the surface.

In addition to the space tourism flights, Blue Origin also sells New Shepard flights as an economical means for scientists to conduct experiments in near-zero gravity.

On Monday, one minute and four seconds after liftoff, as the New Shepard rocket passed through the period known as max-Q when the vehicle experiences forces of maximum atmospheric pressure a large yellow flame erupted from the booster’s engine. As the booster began to tilt, an emergency abort system quickly propelled the capsule carrying the experiments away from the failing booster.

“It appears we’ve experienced an anomaly with today’s flight,” said Erika Wagner, the commentator during Blue Origin’s live coverage of the launch. “This wasn’t planned and we don’t have any details yet.”

The capsule reached an altitude of more than 37,000 feet, or about seven miles, far lower than a normal flight.

After its parachutes deployed, the capsule landed, perhaps a bit harder than usual, in the Texas desert.