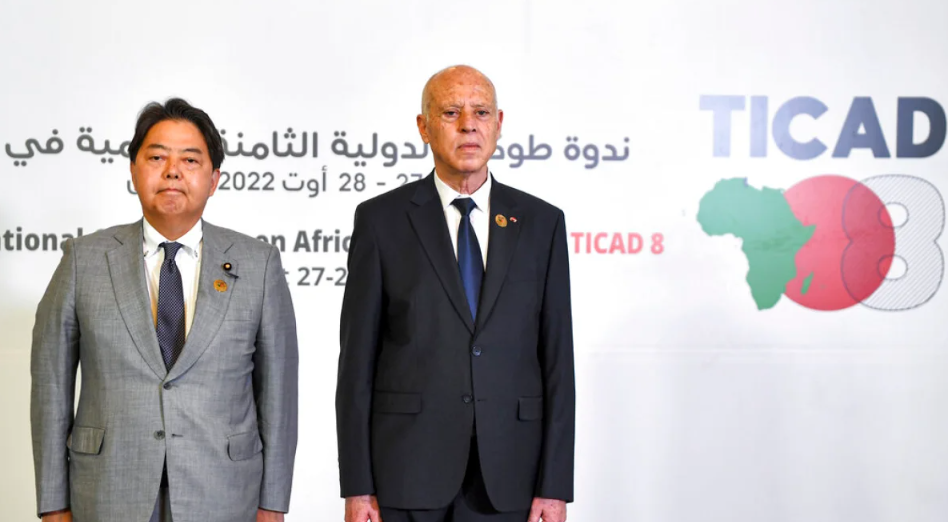 West News Wire: Under an effort to strengthen its relationship with the continent at a time when the rules-based international order is in jeopardy following Russia’s invasion of Ukraine, Japan has offered $30 billion in funding for development in Africa.

The official title of the conference, the eighth Tokyo International Conference on African Development (TICAD8), also coincides with Beijing’s “Belt and Road” infrastructure program, which has helped it increase its influence on the continent.

Japanese Prime Minister Fumio Kishida said Tokyo would seek to maintain grain shipments to Africa amid a global scarcity while speaking at the meeting in Tunisia on Saturday.

The consequences of abandoning a society founded on laws and allowing unilateral changes to the status quo by force would not only affect Africa, but the entire world, according to Kishida by video link after testing positive for COVID-19.

Kishida said the $30bn in aid from Japan would be delivered over three years, promising smaller sums for food security in coordination with the African Development Bank.

The summit has given Tunisian President Kais Saied his biggest international platform since his 2019 election and follows his seizure of broad powers, formally enshrined through a constitutional referendum that his critics have labelled a coup.

In his opening speech at the conference, Saied urged delegates to “search together for ways for African peoples to achieve the hopes and dreams of the first generation after independence”.

He praised Japan’s success in “achieving development at the same time as preserve its culture and social traditions”.

“The world cannot continue as it was. With all its wealth and assets, Africa cannot watch its people live through poverty,” he said.

Saturday’s conference was the first TICAD – held every three years either in Japan or an African country – since the COVID-19 pandemic began.

At the last TICAD in 2019, former Japanese premier Shinzo Abe who was assassinated at a campaign event last month – warned investors in Africa that they must avoid burdening countries on the continent with “excessive” debt, an apparent swipe at China’s investment practices in the region.

Speaking on Friday at a joint press conference with his Japanese counterpart, Tunisian foreign minister Othman Jerandi repeatedly emphasised Tunisia’s commitment to democracy, which has been questioned by Saied’s critics.

The summit also triggered a dispute between Tunisia and Morocco, which was angered by Saied’s decision to invite the Polisario Front that seeks independence for Western Sahara, a territory Rabat regards as its own.