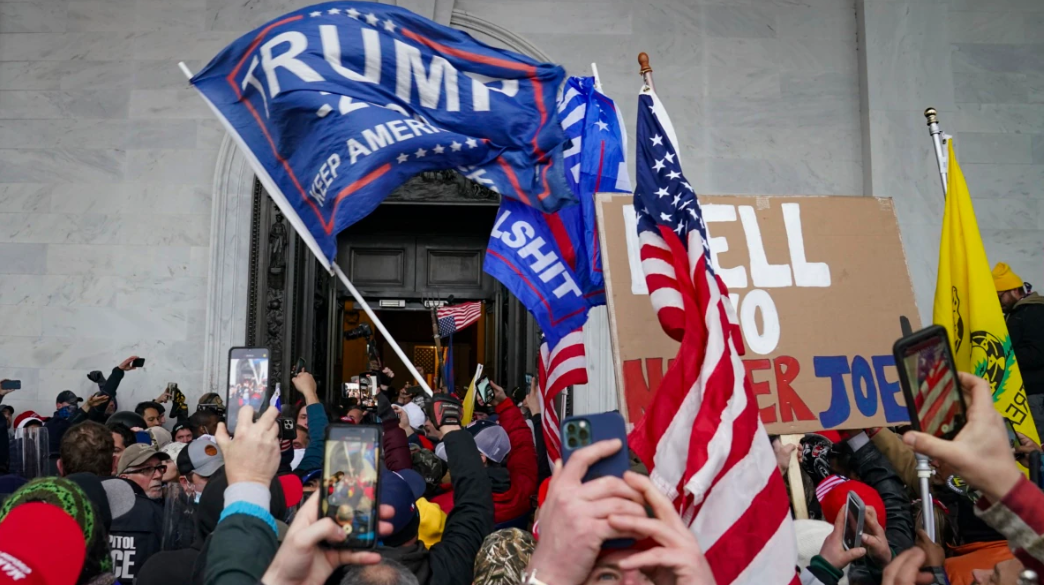 West News Wire: The House committee’s final report was issued on Jan. 6, and former president Donald Trump responded to it in public on Friday night. He attacked the committee and denied its assertions that he was ultimately to blame for the uprising at the Capitol.

In a video uploaded to Truth Social, Trump criticized the extensive study, saying “the unselect committee [sic] did not offer a single shred of proof that I in any way intended or wanted violence at our Capitol.” The allegation is false and without merit, since there is no evidence to support it.

Trump, in the five-minute video, repeatedly downplayed the deadly events of Jan. 6 and pushed multiple unproven conspiracy theories surrounding it including that the doors to the Capitol were “flung open for people to walk in” and that “federal informants” played a role in the violence.

“The events of Jan. 6 were not an insurrection,” Trump said. “They were a protest that got tragically out of control.”

Trump also continued to push the false claim that the 2020 election was stolen.

The former president also pushed back on the committee’s conclusion that he did not respond to the riot for 187 minutes, saying he issued two tweets “within 25 minutes of the Capitol bridge, and another statement 30 minutes after that.”

Evidence, however, “showed that none of these tweets had any substantial impact on the violent rioters,” according to the committee’s report.

The analysis stated that neither the 2:38 nor the 3:13 tweets had any impact.

Trump also insisted that he had “urged the deployment of 10,000 to 20,000 National Guard troops” before of the unrest, a claim that the committee’s brief report, which was made public on Monday, flatly disputed.

The report stated, “The select committee found no proof of this.” In fact, when he testified under oath, President Trump’s own acting secretary of defense Christopher Miller expressly denied this.