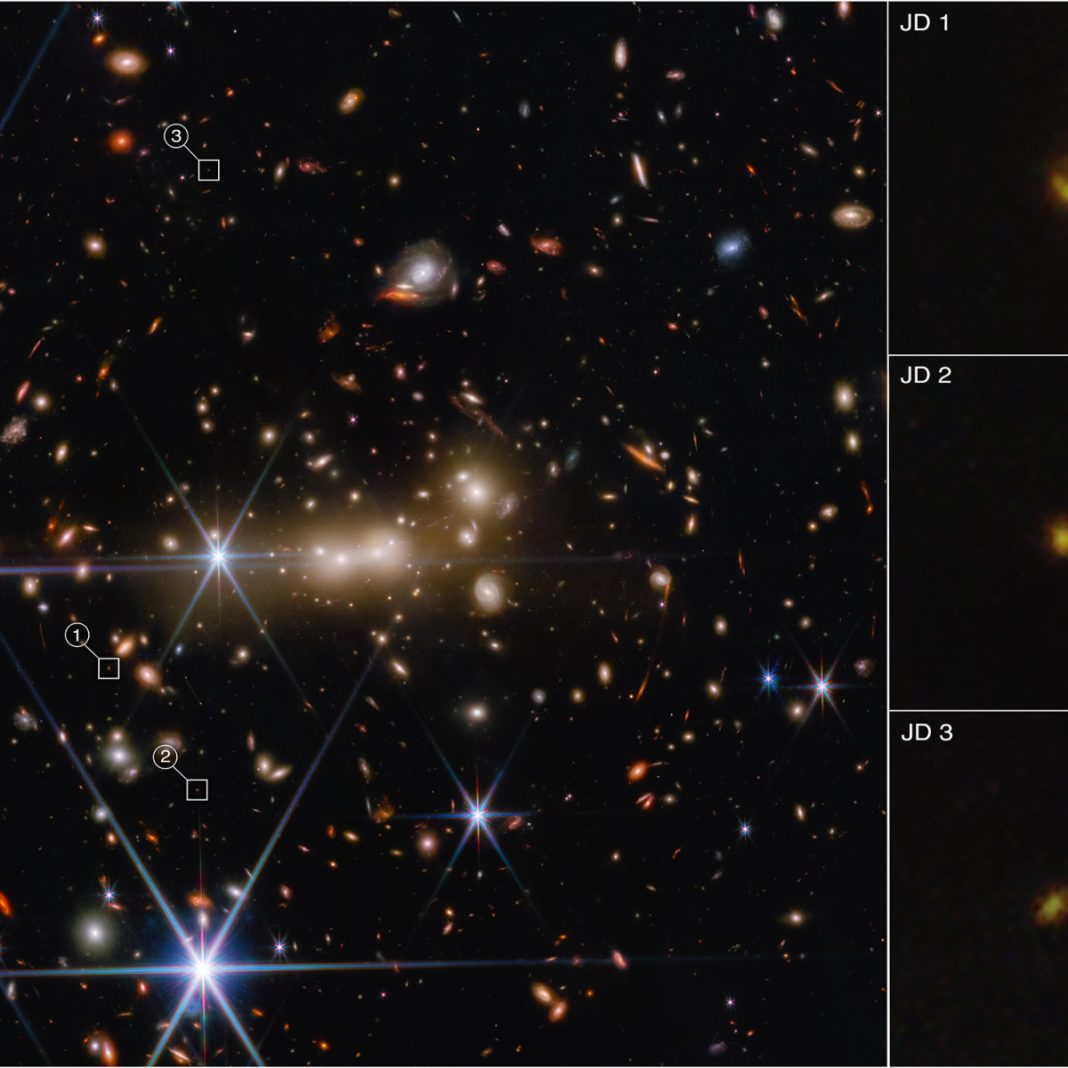 West News Wire: NASA announced on Thursday that two previously unknown and “exceptionally brilliant” galaxies, one of which may turn out to be the oldest known, have been discovered by scientists using NASA’s James Webb Space Telescope.

According to the researchers, the finding may help to explain how galaxies are created, one of astronomy’s greatest mysteries.

Another newly discovered galaxy, GLASS-z12, is estimated to have formed about 450 million years after the Big Bang.

“These galaxies are very different than the Milky Way or other big galaxies we see around us today,” Tommaso Treu, the principal investigator on one of the Webb programs, told NASA.

The galaxies have disk shapes, and they are very small compared to the Milky Way, as they are a tiny percentage of our galaxy’s size.

The researchers noted that “the most distant starlight ever seen” turned out to be much brighter than expected. It might mean that the galaxies consist of huge numbers of low-mass stars, like later galaxies. Or, alternatively, light can come from far fewer “extraordinarily bright” stars, which it has been long theorized could turn out to be “the first stars ever born,” NASA said.

According to Pascal Oesch, a scientist involved in the research, the galaxies’ extreme brightness is “a real puzzle” and might change the way astronomers understand galaxy formation.

“When and how the first galaxies formed remains one of the most intriguing questions of extragalactic astronomy and observational cosmology,” one of two research papers states.

Earlier this week, NASA revealed that its $10 billion-worth space-based James Webb Space Telescope had caught the features of a protostar and thus provided insight into the birth of a new star.