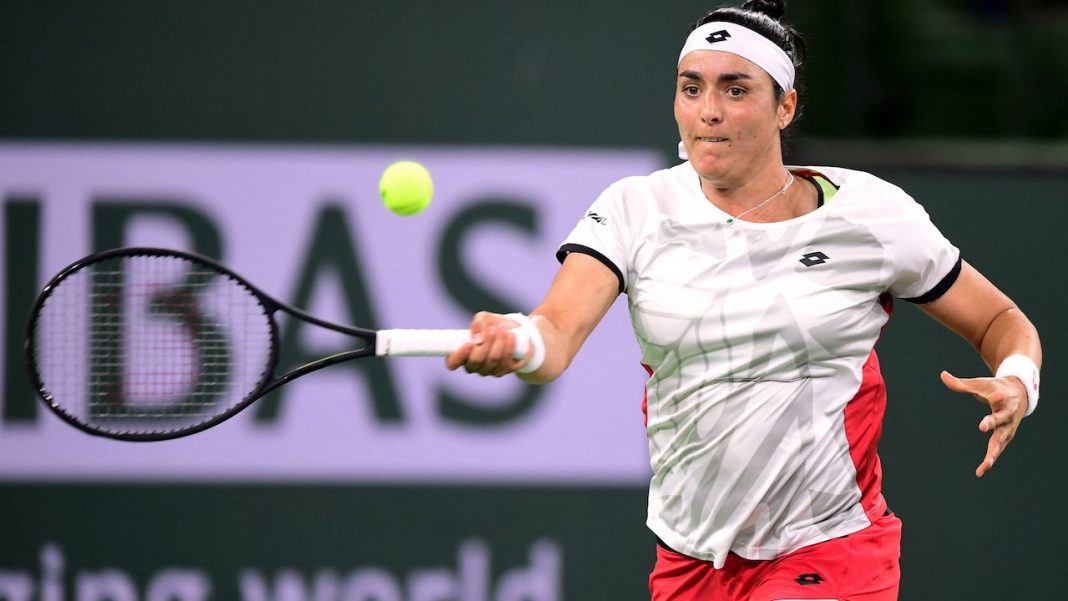 West News Wire: Ons Jabeur of Tunisia, the third seed and highest remaining seed in the women’s draw, overcame a setback to defeat Marie Bouzkova of the Czech Republic 3-6, 6-1, 6-1, and advance to her first Grand Slam semifinal.

Jabeur has won 10 straight matches on grass since suffering a shocking loss in the first round of this year’s Roland Garros. Prior to arriving at the All England Club, Jabeur had won the Berlin title.

Jabeur, who is currently ranked second, is playing at her highest career level. She will face Tatjana Maria, who is ranked 103rd, for a spot in Saturday’s final. Tatjana Maria earlier defeated fellow German Jule Niemeier.

Jabeur, 27, became the first Arab to reach a Grand Slam singles semi-final and is bidding to become the first woman from Africa to win a major.

Coming into her second straight Wimbledon quarter-final, Jabeur had yet to lose a set in her four rounds, not allowing opponents to settle with her gamut of forceful serves, powerful forehands, deft slices and well-disguised drop shots.

She used plenty of drop shots in the opening stages of the first set against the 66th-ranked Bouzkova but the 23-year-old Czech read them well to blunt one of the Tunisian’s main weapons.

Jabeur failed to find a way past the Czech’s stoic defence as Bouzkova chased down most of her groundstrokes and was rewarded with a break of serve in the fifth game. A second break in the ninth got her the opening set.

As the first set Jabeur had lost in this year’s tournament, it seemed to wake up the Tunisian.

Jabeur stepped up her aggression, started hitting her groundstrokes flatter and broke Bouzkova’s first service game of the second set.

A second and a third break followed and the Tunisian soon levelled the match as her favourite drop shots once again found the mark on the lush green lawns.

The Czech, who came into the Centre Court contest with six career wins over top-10 players, headed off for a lengthy bathroom break but could not change the momentum.

Bouzkova, who had never gotten past the second round of a Grand Slam before this year’s championships, was 40-0 up in the second game when Jabeur won five straight points to break serve and then consolidated her advantage with a hold to love.

Jabeur had won eight straight games to jump into a 4-0 lead before the Czech halted the juggernaut with a break to get on board in the third set.

However, it proved to be only a minor hiccup for Jabeur who picked up another break in the next game and then held serve to love to seal the contest on her first match point.

“I knew she was going to come and really make me work to win a point,” Jabeur said. “She’s a talented player, and I’m really happy that I woke up during the second set and I played much better in the third set.”

Looking ahead to the semi-final, Jabeur said it will be tough to play against her “barbecue buddy” Maria who returned from maternity leave only last year after giving birth to her second daughter and reached her first major semi-final at the 47th attempt.

“I love Tatjana so much and her family is really amazing,” Jabeur said. “She’s a great friend. I am really happy for her that she’s in the semi-final.”