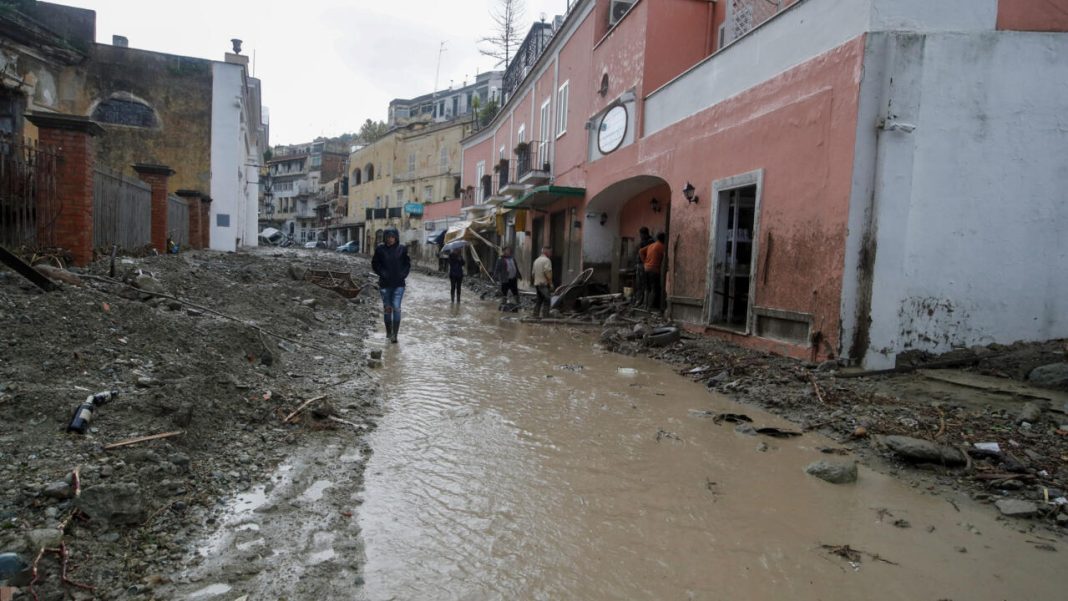 West News Wire: After a landslide struck the Italian island of Ischia on Saturday, one death has been verified and up to a dozen people are still missing. Officials first feared a larger death toll due to the fact that automobiles were washed away by six meters of earth.

“There is currently only one verified death, a woman. Eight missing people, including a toddler, have been located, but there are still about ten others unaccounted for “Claudio Palomba, the prefect of Naples, stated at a news conference, according to Reuters.

The island of Ischia, which is located in the Gulf of Naples off the coast of Italy’s Mediterranean Sea, received more than 12 cm (5 inches) of rain overnight. The precipitation poured six to seven meters of mud and debris down the volcanic mountain slope of the island, washing cars in the process.

Ischia is densely populated and is a popular tourist destination. Visitors flock there from the Italian mainland for its beaches and thermal spas, which are fed by volcanic springs. Former German Chancellor Angela Merkel visited the island almost every year during her four terms in office.

A 4.0-magnitude earthquake on the island in 2017 killed two people and damaged property in Casamicciola and neighboring Lacco Ameno.