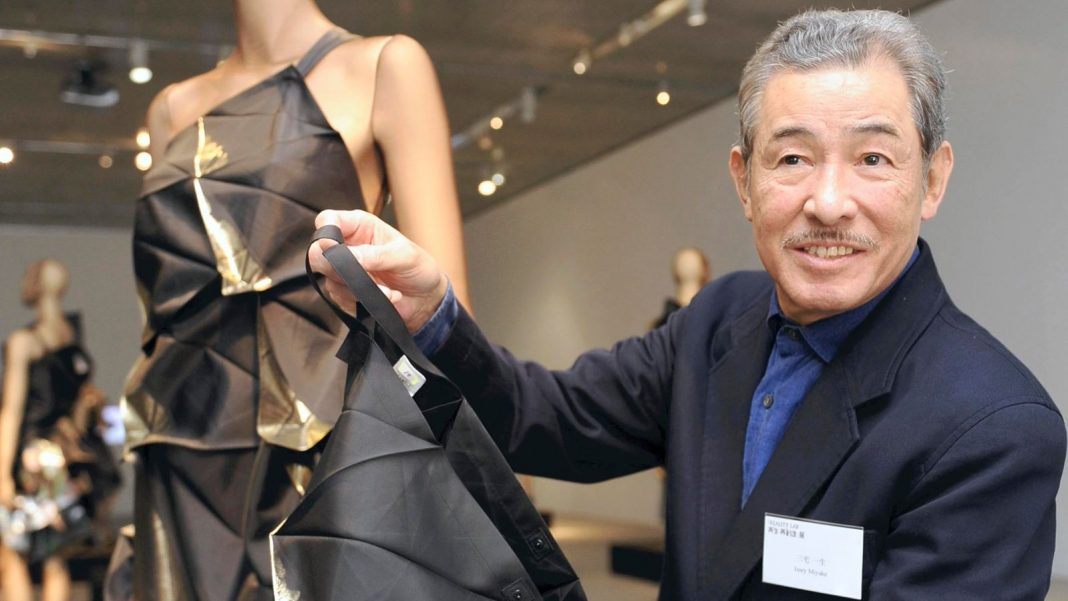 West News Wire: Issey Miyake, a celebrated Japanese fashion designer known for his avant-garde pleated clothing and for creating 100 mock turtlenecks for Apple co-founder Steve Jobs, passed away from liver cancer in a Tokyo hospital. He was 84.

The Issey Miyake Group issued a brief statement regarding his work in which they stated: “Miyake’s dynamic energy was driven by a relentless curiosity and desire to transmit joy via the medium of design. The statement read, “There will be no funeral or memorial service in accordance with Mr. Miyake’s desires.”

Miyake shared Andy Warhol’s interest in the intersection of fashion, art, and design. The designer, who had a 52-year career, consistently referred to his creations as “clothing” rather than “fashion,” maintaining a “anti-trend” position.

“I am most interested in people and the human form,” Miyake told the New York Times in 2014. “Clothing is the closest thing to all humans.”

Perhaps best known for designing the polyester-cotton mock turtlenecks indelibly linked with Steve Jobs, it is believed he produced 100 at less than $200 each. Designed to alleviate “decision fatigue”, along with Jobs’ Levi’s 501s and New Balance 991s, the tops became shorthand for late 90s Silicon Valley uniform, based on the idea that busy people’s minds are on more important things than picking out ties.

Born in Hiroshima in 1938, Miyake studied graphic design at the Tama Art University in Tokyo. But piqued by the crossover between disciplines, he pivoted to fashion and moved to Paris to become an apprentice to Guy Laroche and eventually work for Hubert de Givenchy around the time Audrey Hepburn was wearing his dresses.