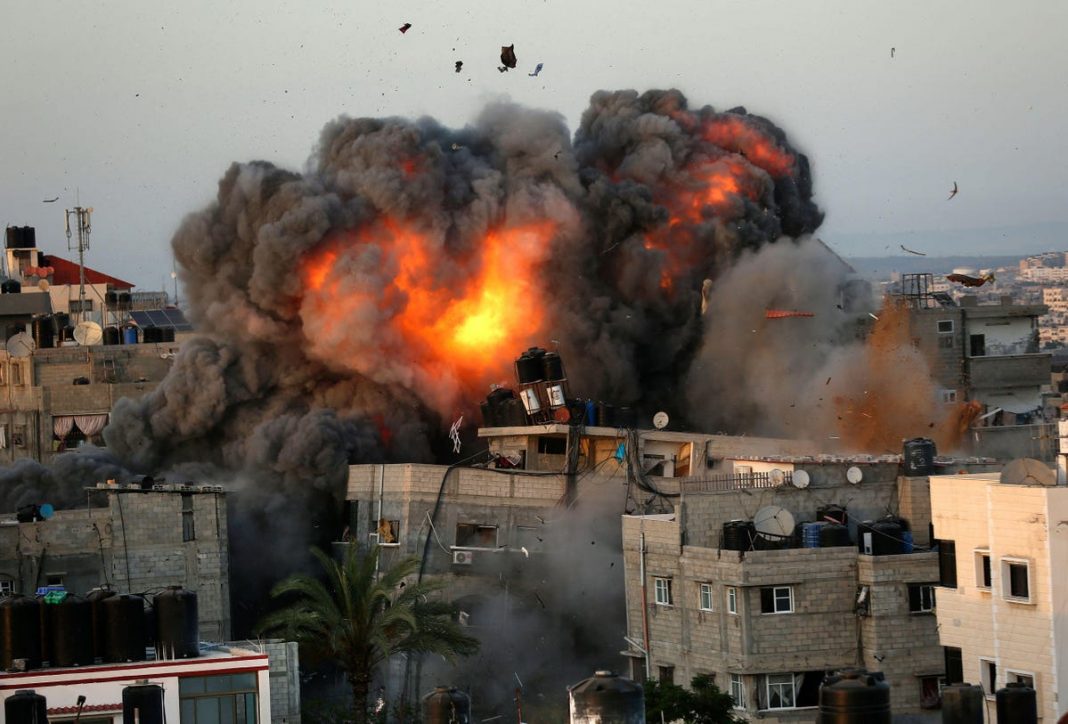 West News Wire: As the Tel Aviv regime continues its acts of aggression against the besieged Palestinian coastal sliver, Israeli military aircraft have carried out a series of airstrikes against targets in the central and northern parts of Gaza.

According to the official Palestinian Wafa news agency, in the early hours of Saturday, an armed Israeli unmanned aerial vehicle fired a missile at a site in the Strip’s center, followed by four more missiles fired by warplanes. The airstrikes destroyed the structure and set fire to the surrounding area.

Two missiles were also fired by Israeli fighter jets at the Malaka site, which is located east of Zeitoun district and in the southern part of Gaza City, leveling it.

Balls of flame shot into the air, leaving dark smoke drifting over the territory, after the strikes.

The report added that a drone struck a location north of Beit Lahiya city in the northern Gaza Strip, completely destroying it and causing damage to nearby homes.

Another site east of Beit city on the northeast edge of the Gaza Strip also came under a drone strike, and was reduced to rubble.

Israeli warplanes and unnamed aerial vehicles reportedly continue to fly over the Gaza Strip and more explosions are being heard every now and then.

The Israel army said in a statement that its aircraft hit a number of targets belonging to Hamas resistance movement. No immediate reports of casualties in the aerial assaults were available.

The statement added that the strikes were conducted in response to a rocket fire from the Palestinian enclave towards the southern Israeli city of Ashkelon.

The developments came after three young Palestinians were killed and 12 others wounded on Friday during an Israeli army raid on the northern occupied West Bank city of Jenin.

The men were killed when Israeli forces opened fire on a vehicle in which they were.

He stated that the aerial assaults are an extension of the Tel Aviv regime’s acts of aggression against al-Quds city and elsewhere in the occupied Palestinian territories the last of which was the assassination of three resistance fighters from the city of Jenin.

Qassem emphasized that the occupying Israeli regime is desperately and unsuccessfully attempting to suppress the rising revolutionary spirit throughout Palestinian lands by means of such vicious attacks.

“The resistance front will always provide protection for the Palestinian nation, shield them against any harms, and its sword will strike the enemy,” the Hamas spokesman said.

“Despite the recent aggression, we will continue our legitimate struggle and fight against occupiers until full liberation of our lands and achievement of freedom and independence,” Qassem pointed out.