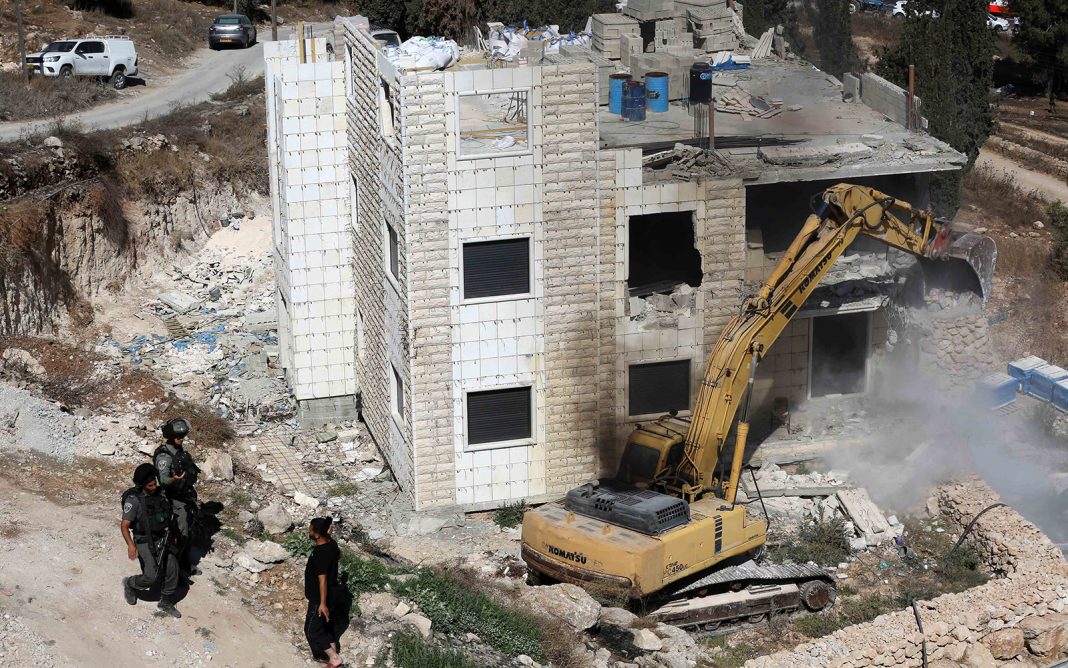 West News Wire: The homes of two Palestinians were razed by Israeli troops, according to the military.

Hundreds of Palestinians threw rocks, firebombs, and grenades at forces, who retaliated with live fire and other measures, according to the military.

Israeli officials say home demolitions deter future attacks, while rights groups view the tactic as a form of collective punishment which according is a human rights violations.

The demolitions came hours after a Palestinian stabbed two police officers in Jerusalem’s Old City before he was shot and killed by police, the second such incident in as many days.

On Sunday, police killed a 19-year-old Palestinian after he stabbed an officer in the Old City. The officer was lightly wounded.

Palestinian and international rights groups have long condemned what they say is the excessive use of force by Israeli forces.

Last month, Amnesty International said in a report that Israel was carrying out “the crime of apartheid against Palestinians” and must be held accountable for treating them as “an inferior racial group”.

Israeli settlements built on Palestinian land are considered illegal under international law. Today, between 600,000 and 750,000 Israeli settlers live in at least 250 settlements in the West Bank and East Jerusalem.