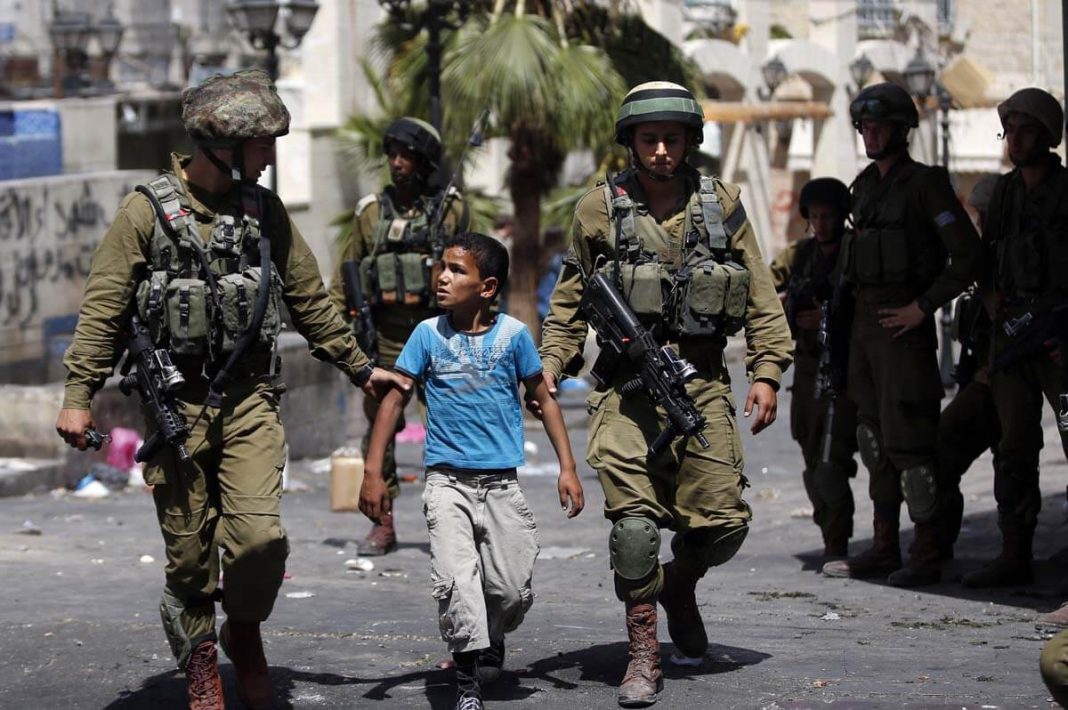 West News Wire: According to the Palestinian Prisoners Society, Israeli occupation forces maintained their raids on Palestinians throughout the occupied West Bank over the weekend, arresting more than a dozen Palestinians, including a 36-year-old pregnant woman (PPS).

Nihal Mohammad Ribee was arrested in her village of Yatta, Hebron governorate, which is in the southern West Bank. She is reportedly five months pregnant. She has five children of her own.

Israeli soldiers also detained two high school students in Yatta, according to Rateb al-Jabour, a local activist,  while a forth was detained in the town of Durra, where Israeli soldiers ransacked the detainee’s family home.

At least 17 people were arrested across the occupied territories.

In east Jerusalem, Israeli forces detained three young Palestinians – all of whom hail from the same family in the Sur Baher neighbourhood in occupied east Jerusalem. The detainees were severely beaten, according to sources.

Other raids and arrests were carried out in the cities of Qalqiya, Bethlehem and Burqin, northwest of the city of Jenin.

Last week, Israeli forces shot and killed 16-year-old Jana Zakarneh, who was playing on the rooftop of her home following a violent raid in a refugee camp in Jenin.

Zakarneh was the 36th minor and the 224th Palestinian to be killed by Israeli soldiers – chiefly during raids – this year.

The raids are the latest in the series of violence which Palestinians have been subjected to for decades, by both Israeli forces and settlers, as a means to disrupt, intimidate and terrorise life in the occupied territories.

Meanwhile, Israeli settlers set fire to a Palestinian-owned shop and nursery on Monday in the village of al-Sawiya, south of Nablus, reported Wafa.

The settlers caused damage to both the shop and nursery located on the Nablus-Ramallah Road, and even attempted to destruct the place by using a gas cylinder, according to Ghassan Daghlas, who monitors settlement activities in the northern West Bank.

Israel has occupied east Jerusalem and the West Bank since the 1967 Six-Day War when it invaded the territory in a move considered illegal by the international community.