wnw24
Home Politics Israeli PM outlines a plan to settle over 100K Israelis in the Golan... 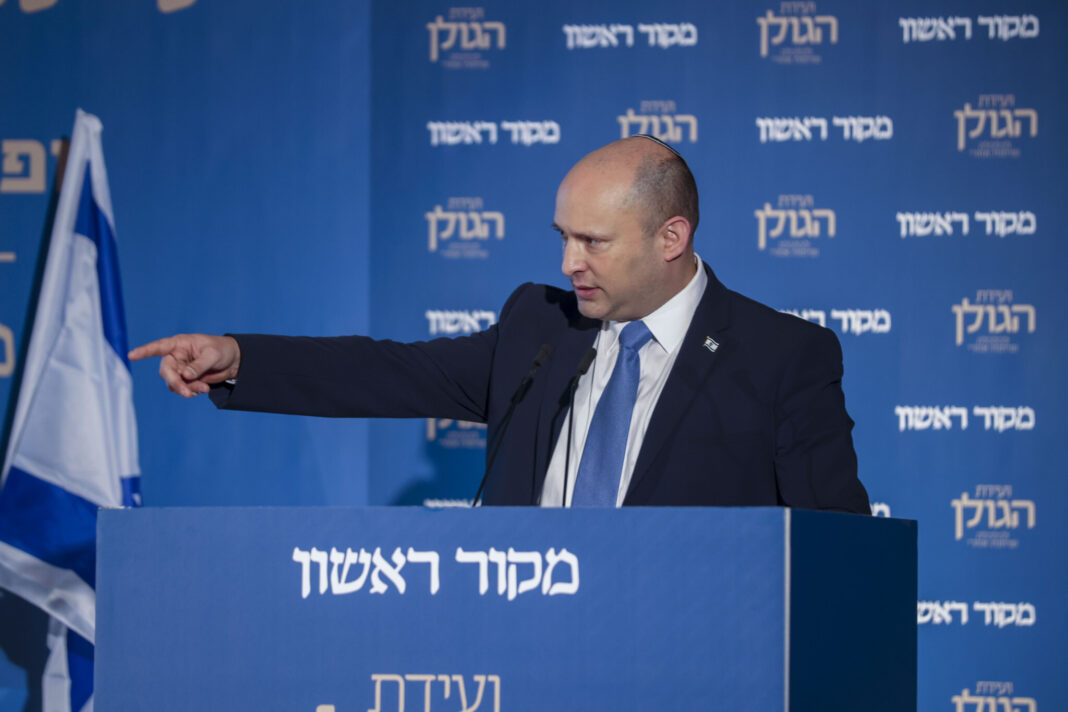 West News Wire: With a multimillion-dollar plan to further tighten Israel’s grasp on the area it took five decades ago, Israel declared its aim to quadruple the number of settlers residing in the occupied Golan Heights.

“This is our chance to shine. “This is the Golan Heights’ time,” Israeli Prime Minister Naftali Bennett stated during a special Cabinet meeting in the area on Sunday.

“After lengthy and stagnant years in terms of settlement scope, our aim today is to double settlement in the Golan Heights,” Bennett stated, following up on his December announcement of the growth plans.

By 2025, the population of the region will have increased by 50%, and by the end of the decade, it will have doubled.

Bennett further stated that both the recognition by the Trump administration of Israeli sovereignty over the swath of land, and the Biden administration’s indication that it will not walk that decision back, prompted the new investment in the region.

However, the plan has been heavily criticized by green activists and organizations in the country.

The Israeli Society for the Protection of Nature issued a statement slamming the plan earlier in December, calling it an “exceptional and unreasonable measure”.

“There is a contradiction in the plan regarding the complexity of planning in the Golan Heights, which is filled with nature reserves, active firing zones and areas of high environmental sensitivity,” the organization said, further stating that the complex nature of the area requires “careful and intelligent planning”.

Entrenching Israeli control over the territory would complicate any future attempt to forge peace with Syria, which claims it as its own.

Israel occupied the Golan Heights in the 1967 Six-Day War and later annexed the territory, promoting settlement and agriculture there as well as creating a thriving local tourism industry.

The US was the first country to recognize Israel’s sovereignty over the Golan, in a brazen move by former president Donald Trump, which the rest of the international community regards as Israeli-occupied.

Bennett said the war in Syria made the idea of Israeli control of the territory more acceptable to its international allies, saying the alternative would be much worse.

Israel has long argued that the strategically important area has, for all practical purposes, been fully integrated into Israel since it was captured from Syria and that control of the strategic plateau is needed as protection from Iran and its allies in Syria.

Tens of thousands of Israelis live in the Golan Heights, found some 60 kilometres from the Syrian capital Damascus.

The area is also home to a number of formerly Syrian Druze villages which oppose Israeli control.