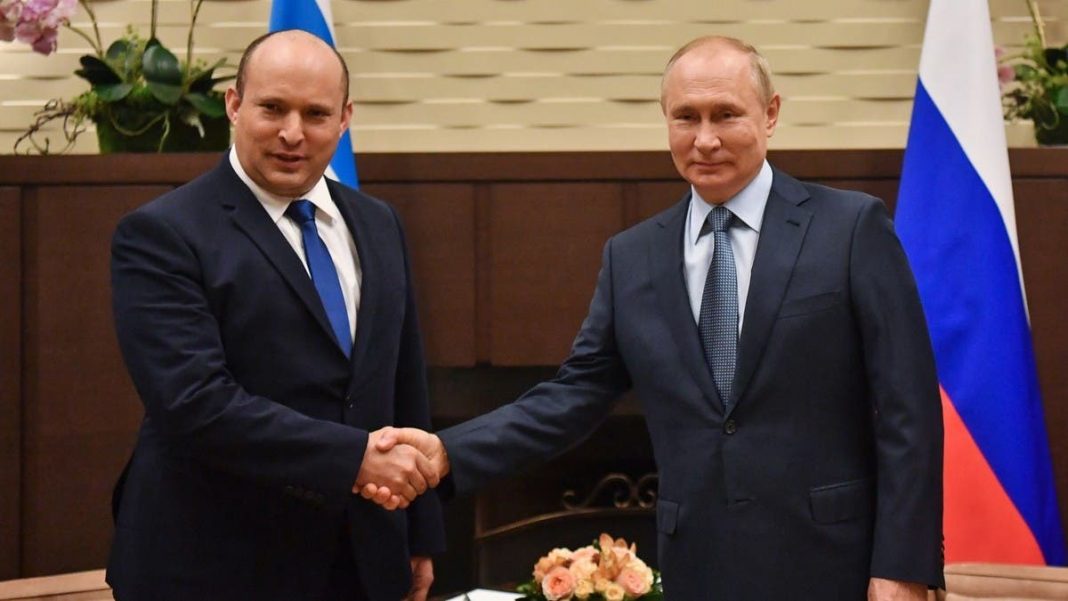 West News Wire: According to his spokeswoman, Israeli Prime Minister Naftali Bennett met with Russian President Vladimir Putin at the Kremlin on Saturday to address the Ukraine problem.

Israel, which has a large Russian immigrant community, has offered to arbitrate in the confrontation between Russia and Ukraine, despite officials previously downplaying hopes for a breakthrough.

While Israel, a strong US ally, has criticized the Russian invasion, expressed solidarity with Kyiv, and sent humanitarian aid to Ukraine, it has stated that it will continue to communicate with Moscow in the hopes of resolving the problem.

Bennett, a religious Jew, took a flight in violation of Sabbath law because Judaism permits this when the aim is to preserve human life, his spokesperson said.

Read More
What it costs on speaking out for Palestinian rights?