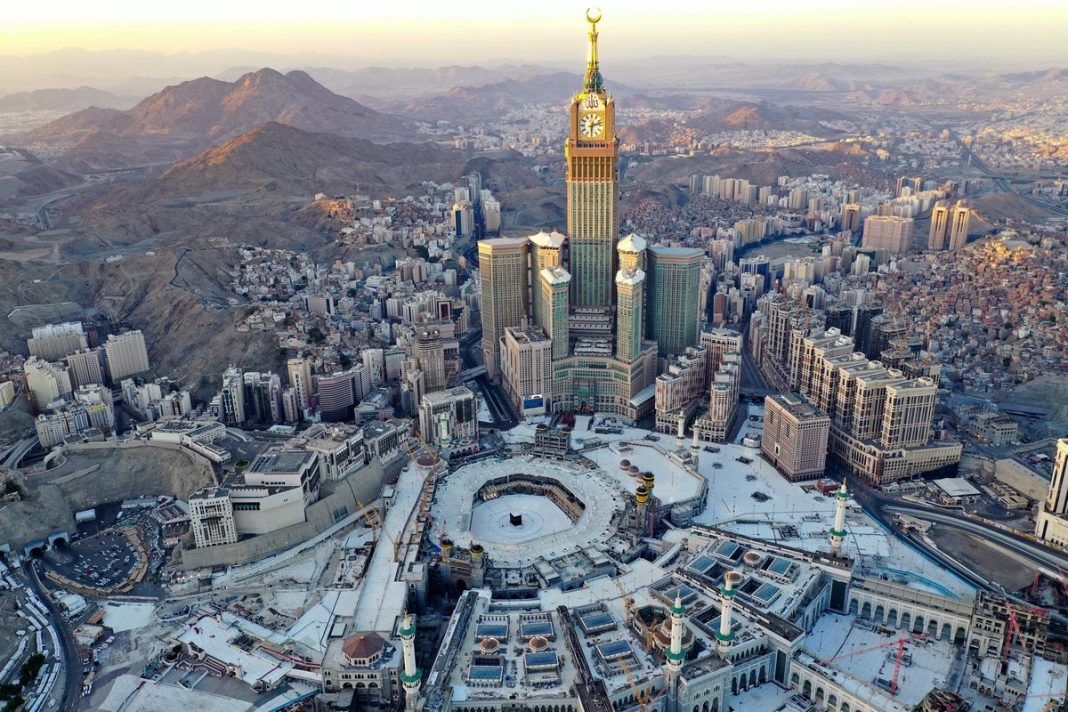 Journalist Gil Tamary drove past the Grand Mosque, which holds the cube-shaped Kaaba, the most sacred site in Islam, and climbed the Mount of Mercy in a 10-minute story that was shown on Israel’s Channel 13 News on Monday.

Tamary, who was speaking to the camera in Hebrew and occasionally switching to English to avoid being recognized as an Israeli, was accompanied by a local guide whose face was obscured to prevent recognition.

The report was billed as a scoop and the journalist the first Jewish Israeli reporter to document the annual Muslim pilgrimage of Hajj.

The footage received a strong online backlash, with the Twitter hashtag “A Jew in Mecca’s Grand Mosque” trending after the report was aired.

Among the critics was Mohammed Saud, a pro-Israel Saudi activist. “My dear friends in Israel, a journalist of yours entered the city of Mecca, holy to Islam, and filmed there shamelessly,” he said.

“Shame on you Channel 13, for hurting the religion of Islam like that. You are rude.”

“It was irresponsible and damaging to air this report just for the sake of ratings,” he added.

Tamary, who was in Jeddah covering President Joe Biden’s visit on Friday, apologised after the online backlash saying he had not intended to offend Muslims.

“If anyone takes offence to this video, I deeply apologize,” he wrote in English on Twitter.

“The purpose of this entire endeavour was to showcase the importance of Mecca and the beauty of the religion, and in doing so, foster more religious tolerance and inclusion,” he added.

The journalist claimed “inquisitiveness is at the heart and center of journalism” and that his reporting had been guided by the desire to allow people to “see, for the first time, a place that is so important to our Muslim brothers and sisters, and to human history”.

The Mount of Mercy oversees the plain of Arafat, revered as the place where the Prophet Muhammad held his last sermon 14 centuries ago.

Mecca is the most sacred place of worship for Muslims in the world, followed by the Prophet’s Mosque in Medina and the Al-Aqsa Mosque in Jerusalem.

Only Muslims are allowed to visit Mecca, while non-Muslims cannot enter. The breach of this rule can result in a fine or deportation.

Saudi media, tightly controlled by the government, did not cover the story. It was unclear whether authorities had approved the journalist’s Mecca journey.

The monarchy does not recognize Israel as a state, and there are no diplomatic ties between Saudi Arabia and Israel.

However, the two sides have been collaborating on security problems behind the scenes for some time due to a shared worry about Iran, their common opponent, expanding its influence in the area.

Saudi Arabia announced last week that it would make its airspace accessible to all airlines, allowing for additional overflights to and from Israel and signaling a further improvement in bilateral ties.