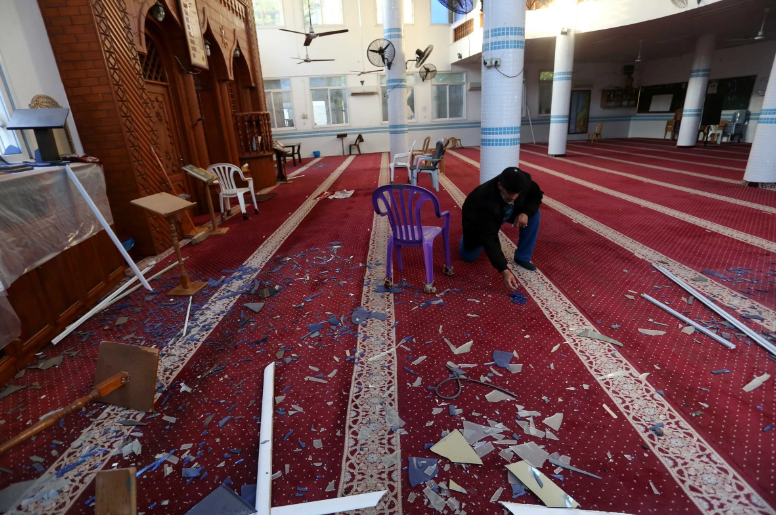 West News Wire: As the Tel Aviv government’s aggressive actions against the beleaguered Palestinian coastal enclave continue, the Israeli military has launched a new wave of airstrikes against the Gaza Strip.

In a statement, the military claimed that it had attacked a Hamas subterranean factory early on Friday morning in the central Gaza Strip, where it produced rocket fuel.

It released a satellite image of what it claimed to be the scene, displaying an area close to a number of structures and farming plots on the northwest corner of the al-Maghazi refugee camp. It was stated to be the third such institution to be attacked since April.

A “resistance site” in al-Maghazi was reportedly hit, according to the Palestinian news agency Shehab. There were no immediate reports of injuries.

Pictures shared on social media showed fireballs and smoke in Gaza from the airstrikes. Successive strikes could be seen hitting the same area repeatedly in unverified video footage as jets were heard screaming overhead.

The attacks came after four rockets were launched from the Gaza Strip toward the Israeli-occupied territories on Thursday.

The Israeli military asserted that one rocket was intercepted by its so-called Iron Dome missile system over a border town, and the other three fell short in the Strip.

There were no reports of injuries or damage following the rocket attacks.

The rocket fire came hours after a member of Islamic Jihad resistance group was killed during an Israeli military raid on Jenin refugee camp in the occupied northern West Bank city of Jenin. The Gaza-based Palestinian group identified Farouk Salameh as a “commander” in its ranks.

Hazem Qassem, a Hamas spokesman, condemned in the strong terms the latest Israeli strikes on the Gaza Strip, terming the attacks as “an act of naked aggression and an extension of vicious onslaught against the Palestinian nation.”

“The Zionist terrorism will not manage to stop the growing revolution of Palestinians,” he said.