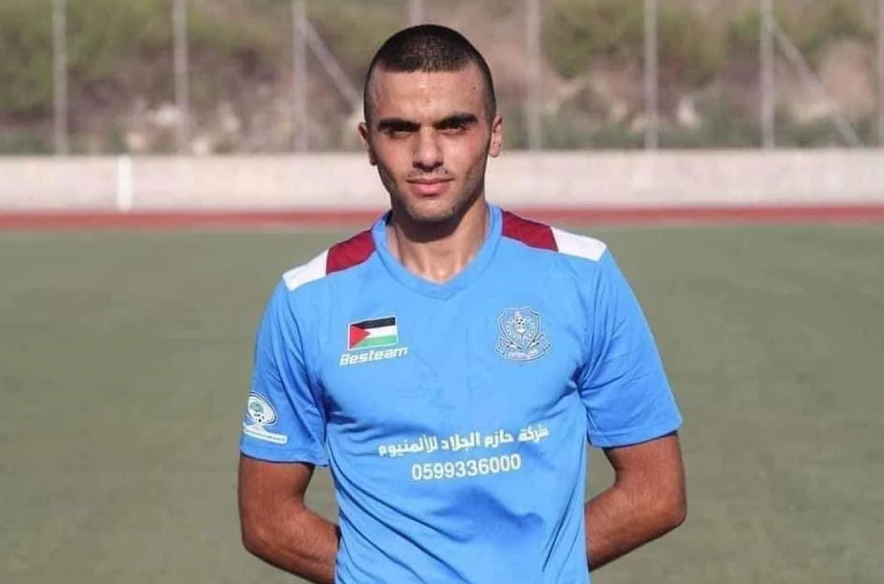 West News Wire: According to Palestinian medical personnel, Israeli troops in the occupied West Bank shot and killed a 23-year-old football player and injured five others during clashes.

When Israeli forces raided the city of Nablus to accompany Jewish Israelis to a location known as Joseph’s Tomb in the Palestinian city, Ahmed Daraghmeh was mortally wounded early on Thursday.

In amateur recordings taken by Palestinians from their windows, shooting could be heard.

Daraghmeh was from Tubas, a neighbouring town. He played football with Thaqafi Tulkarem in the West Bank Premier League, according to local Palestinian media.

He was the team’s leading scorer this season, according to the well-known Arabic football website Kooora, with six goals.

It was unclear whether he was taking part in the confrontations.

The Israeli military said they had fired at Palestinians who had thrown explosives and shot at Israeli troops when they arrived in Nablus, before adding that “suspects” were hit.

The Palestinian group Hamas, which controls the blockaded Gaza Strip, said that Daraghmeh was a member, but did not specify whether he was engaged in fighting when he was killed.

Some 150 Palestinians have been killed by Israeli forces in the occupied West Bank and East Jerusalem this year, according to official figures, making 2022 the deadliest year for Palestinians since 2006.

Another 31 people have also been killed in Palestinian attacks.

Tensions on the ground have been high since last year. Israeli military raids and killings in Palestinian cities and villages are taking place on a near-daily basis, in parallel with a rise in Palestinian armed attacks, as well as an increase in illegal settler attacks against Palestinians.

The Israeli raids have been particularly focused on the northern West Bank cities of Jenin and Nablus, where Palestinian armed resistance is growing.

Zakarneh was playing with her cat on the roof of her home when she was shot dead, according to local media. The ministry said she was shot in the head.

Meanwhile, Israel’s defence minister said on Wednesday that the remains of a Palestinian prisoner who died a day earlier from lung cancer would not be released for burial.

Benny Gantz’s office said the body of Nasser Abu Hmaid, one of the founders of the Al Aqsa Martyrs’ Brigade, would be held as a bargaining chip for the return of captive Israelis and the remains of soldiers held by the Palestinian group Hamas in the besieged Gaza Strip.

Abu Hmaid, 50, was a former leader of the armed wing of Palestinian President Mahmoud Abbas’s Fatah party. He had been serving multiple life sentences since 2002 after being convicted of being involved in the deaths of seven Israelis during the second Palestinian Intifada, or uprising, against Israel’s occupation in the early 2000s.

The bones of Palestinians who were purportedly murdered during attacks are frequently withheld by Israel. While rights organizations claim the strategy amounts to a form of collective punishment meted out to mourning families, Israel claims it serves as a deterrence for future attacks and leverage for prisoner exchanges.

Two Israeli prisoners and the corpses of two Israeli soldiers who died in the 2014 Gaza War are being held by Hamas.

As Abu Hmaid’s health declined in recent months, Palestinian leaders appealed for his release. On Tuesday, they accused Israel of being to fault for his passing.

Gantz rejected the claims that Israel was anyway connected to the death of Abu Hmaid.