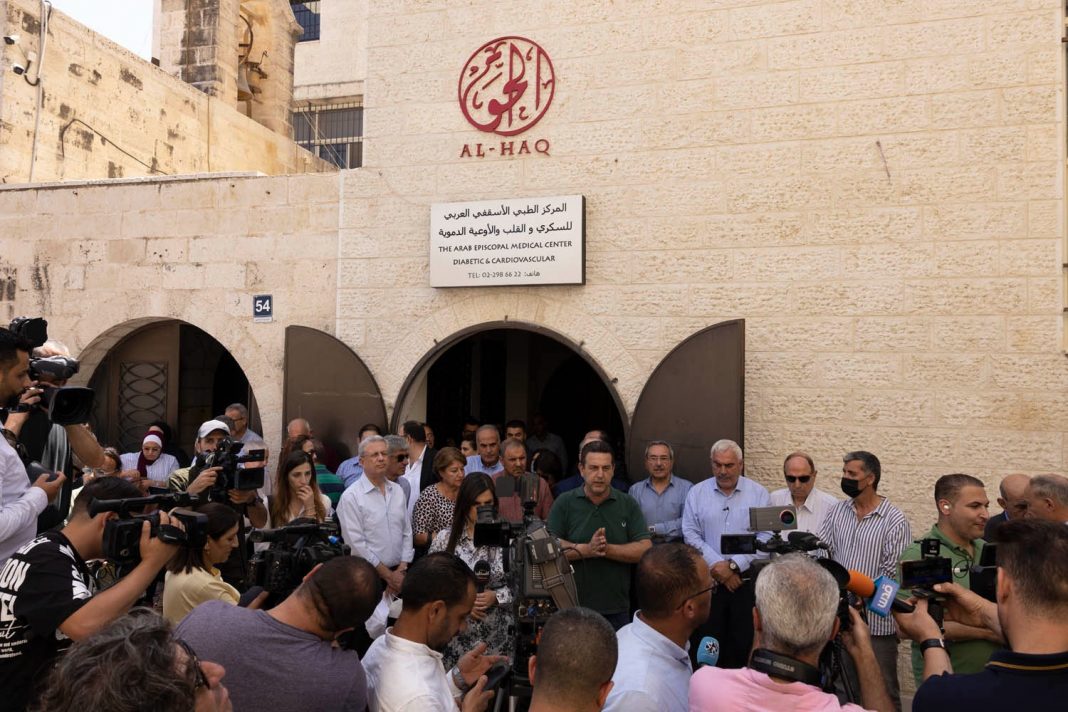 West News Wire: The seven Palestinian human rights and civil society organizations that were forced shut down by Israeli raids on Thursday had very clear reasons.

The Health Work Committees (HWC), which manages hospitals and clinics and was among the organizations raided, is led by Mazen Rantisi, who claims that the closures are aimed at “destroying Palestinian society.”

Offices were pillaged, equipment was seized, doors were welded shut, and a military order deeming the organizations “illegal” was posted on them during the early morning military operations in Ramallah.

Israel declared six of the organizations it raided to be “terrorist” organizations in October 2021, claiming they were linked to the Popular Front for the Liberation of Palestine (PFLP).

Since 1967, Israel has banned more than 400 local and international organisations, including all major Palestinian political parties. Fatah, which governs the Palestinian Authority, and the Palestinian Liberation Organization (PLO), which Israel itself signed the 1993 Oslo Accords with, are among them.

The organisations targeted on Thursday work in fields such as human rights, prisoner support, children’s rights, and healthcare. Here’s a deeper look at the groups, and their response to the attempts to stop their work.

Established in 1991, Addameer provides free legal representation to Palestinian political prisoners held in Israeli and Palestinian Authority (PA) prisons, and offers guidance to hundreds of Palestinian detainees and their families each year.

Founded in 1979, Al-Haq is one of the leading Palestinian human rights organisations operating in the Palestinian territories illegally occupied by Israel in 1967.

Al-Haq said the closures are the “latest in a pattern of repressive attacks by Israel, targeting Palestinian civil society organisations who advocate for human rights and international rule of law, and call for an end to Israel’s aggressive 74-year colonial and apartheid regime, that denies the collective right to self-determination of the Palestinian people and the rights of refugees to return”.

The Geneva based organisation’s Palestine chapter is a children’s rights group that provides free legal aid to Palestinian children detained and prosecuted in the Israeli juvenile military court system.

The group has developed a reputation for successfully limiting the time children spend in prison, and publishes key reports and information on the issue of child prisoners.

The UAWC was established in 1986 as a response to the difficult sociopolitical conditions facing Palestinian farmers due to the Israeli occupation’s restrictions on access to natural resources.

It provides hands-on aid to Palestinians, including by rehabilitating land at risk of confiscation and helping tens of thousands of farmers in Area C the more than 60 percent of the occupied West Bank under direct Israeli military control, and where all illegal Israeli settlements and settlement infrastructure are located.

The HWC is a 1985-founded community healthcare organization that manages dozens of clinics in addition to two Palestinian hospitals in the occupied West Bank.

The group claimed in a statement that Israel’s “barbaric behavior comes in a context of repressive colonialism against the basic right of Palestinian women to defend their national, social, cultural, legal, and political rights.”

A 1989-founded civil society and rights organization that works with young people, workers, residents of low-income areas, and women to advance “socioeconomic rights in the context of national liberation.”