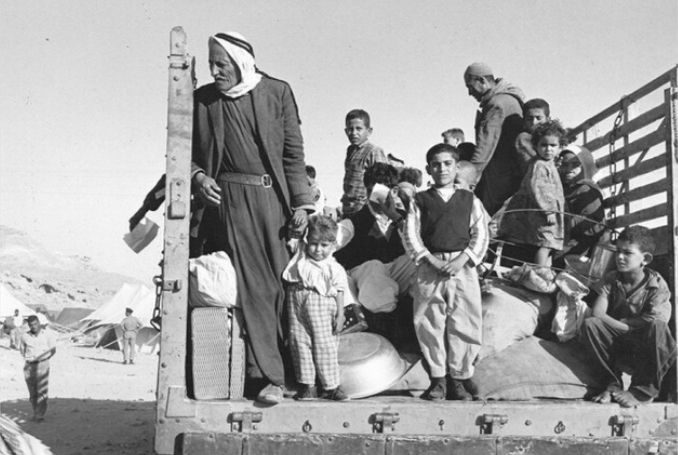 West News Wire: During the 1948 Nakba, Israeli forces poisoned wells to keep Palestinian refugees from returning to their own villages, according to official records that have been found by historians.

Biological warfare testimony has been heard and discussed for decades, but historians Benny Morris and Benjamin Z. Kedar recently discovered Israeli military records that disproved any doubts about its occurrence and revealed fresh information about its breadth.

Cast Thy Bread was the codename given to the mission.

“We learned a lot of brand-new facts. We determined who authorized, organized, and controlled the operation and how it was carried out in various locations. We also determined how the operation grew through its many stages “Morris spoke with Haaretz. “The vision is considerably clearer now.”

The operation began in April 1948, when Israel, formally established as a state a month later, was in the process of expelling hundreds of thousands of Palestinians from their homeland and its army and associated militias committed a host of massacres.

This event later became known by Palestinians as the Nakba.

Initially focused on an area between Jerusalem and Tel Aviv, the poisoning operation expanded to include areas across Palestine.

It was at first ordinary soldiers who were tasked with poisoning the wells, but the job was later given to the mista’arvim, an undercover force who disguised themselves as Palestinians and specialised in sabotage operations in enemy territory, according to the documents.

The toxin was created by a biological warfare division of the army’s Science Corps.

To prevent Arab forces from invading, it was even suggested that the operation be expanded to include Cairo and Beirut. However, this aspect of the plan proved unsuccessful.

According to earlier reports, the poisoning caused dozens of people to become unwell.

Although numerous fresh historical facts from the Nakba era are slowly reviving, a large portion of the Israeli archives from that time period remain classified.