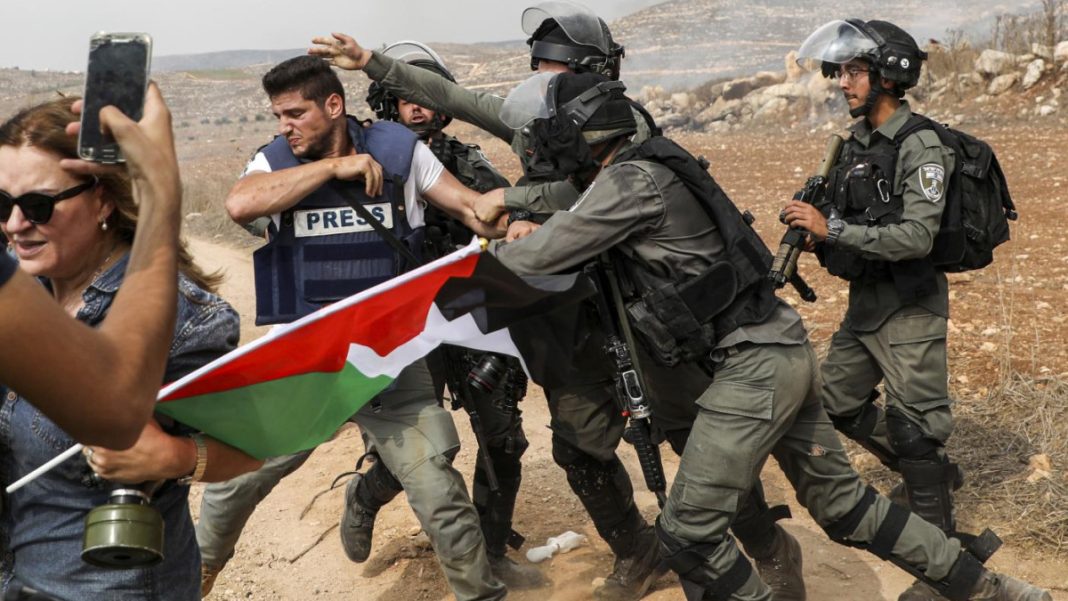 West News Wire: Two Palestinian were killed by the Israeli army during a raid on a village close to Jenin in the northern occupied West Bank.

The Palestinian Ministry of Health reported that Fouad Mohammad Abed, 25, and Mohammad Samer Hoshiyeh, 22, were shot dead early on Monday in Kufr Dan, northwest of Jenin.

At least three additional people were hurt during the operation, one of whom was critically hurt, the ministry claimed.

After raiding Kufr Dan to destroy the homes of the two Palestinians killed in a gunfight at an Israeli military checkpoint in Jenin that resulted in the death of an Israeli soldier, Bar Falah, several months ago, there were confrontations and violent skirmishes with Israeli forces late on Sunday night.

Fouad Mohammed Abed was identified as a member of the Palestinian organization Hamas, which controls Gaza.

Local media circulated videos of one of the residences being detonated by explosives.

Similar photographs demonstrated how to demolish a second dwelling.

Human rights organizations and Palestinians both view such home demolitions as “collective punishment.”

Due to an ongoing Israeli military campaign of stepped-up raids and killings for almost a year, the two men who were shot dead on Monday are the first Palestinians to be slain by Israeli troops in the occupied West Bank this year.

The year 2022 was the deadliest for Palestinians in the West Bank in 16 years, according to the United Nations (UN).

In 2022, Israeli soldiers in the West Bank and the occupied East Jerusalem killed at least 171 Palestinians, including more than 30 children. There have also been at least 9,000 injuries.

Civilians confronting the Israeli army during raids and uninvolved bystanders have been killed, as well as Palestinian fighters in targeted assassinations and during armed clashes.

The Israeli army initiated a campaign called “Break the Wave” in the West Bank, with a focus on Jenin and Nablus, where Palestinian armed resistance has grown more organized over the past year, following a series of individual attacks carried out by Palestinians in Israel that started in March.

At least 15 Palestinian males were detained by Israeli soldiers during raids they carried out in Nablus, Salfit, and Ramallah on Monday morning, according to prisoner advocacy organizations.

The brother of Nasser Abu Hmaid, a Palestinian prisoner who passed away in Israeli captivity last month after more than a year of cancer treatment, was taken into custody during an army raid on the al-Amari refugee camp in Ramallah.

Itamar Ben-Gvir, who recently assumed the position of national security minister in the far-right Israeli cabinet that was sworn in late last week, declared on Sunday night that he intended to visit the al-Aqsa mosque compound in occupied East Jerusalem soon.

The UN has warned that the situation has reached “a boiling point,” and Ben-action Gvir’s could lead to protests and a crackdown by Israeli police at the sacred Muslim site. Ben-Gvir is a controversial character who openly calls for violence against Palestinians.

According to reports, the new Israeli administration, which is headed by Prime Minister Benjamin Netanyahu and includes religious Zionist and ultra-Orthodox groups, is the most right-wing in Israel’s 74-year history.

The first of these promises to “advance and develop settlement in all parts of the land of Israel in the Galilee, Negev, Golan Heights, and Judea and Samaria” the latter of which are the Biblical names for the occupied Palestinian West Bank. His Likud party released the policy priorities for the new coalition government on Wednesday.