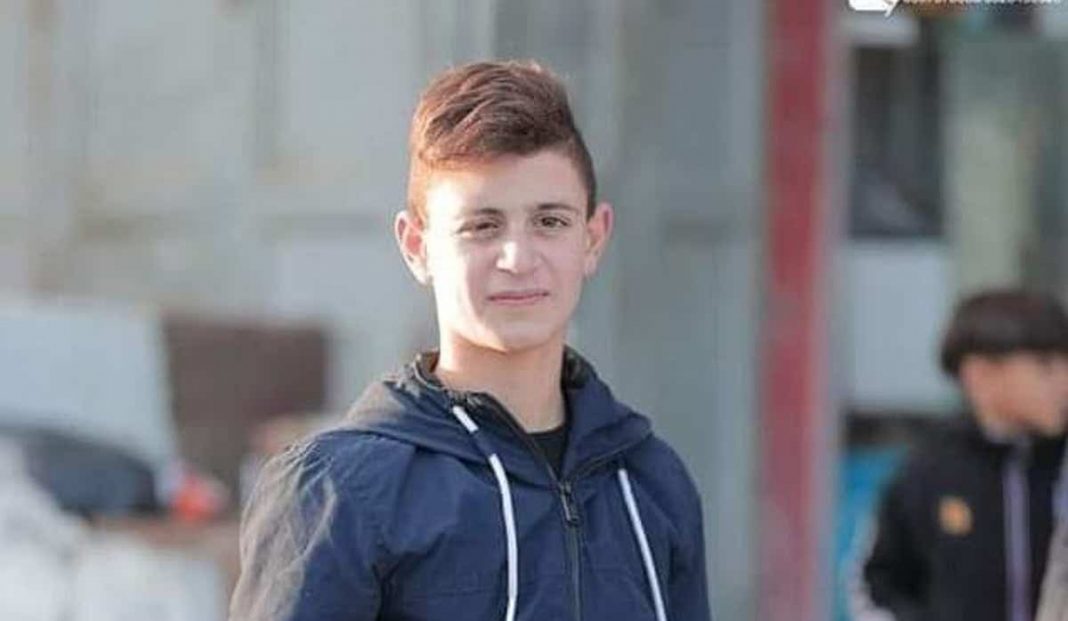 West News Wire: According to the Palestinian health ministry, Israeli soldiers killed a teenage Palestinian boy in the occupied West Bank on Tuesday.

A ministry statement said, “Mohammed Shehadeh, 14 year old boy, was killed by Israeli troops’ shooting in Al-Khader,” in the Bethlehem area, and called for an international investigation.

Local activist Ahmad Salah was quoted by the Palestinian Wafa news agency as reporting that Israeli forces opened live fire on Shehadeh before detaining him, wounding him, and that soldiers stopped ambulances from reaching him.

The killing comes days after another teen, 19-year-old Nehad Amin Barghouti, was killed and shot by Israeli forces in the West Bank town of Nabi Saleh.

Palestinian and international rights groups have long condemned what they see as a policy of shoot to kill and excessive use of force.

Earlier this month, Amnesty International said in a new report that Israel was carrying out “the crime of apartheid against Palestinians” and must be held accountable for treating them as “an inferior racial group”.

Israeli settlements built on Palestinian land are considered illegal under international law. Today, between 600,000 and 750,000 Israeli settlers live in at least 250 illegal settlements in the West Bank and occupied East Jerusalem.