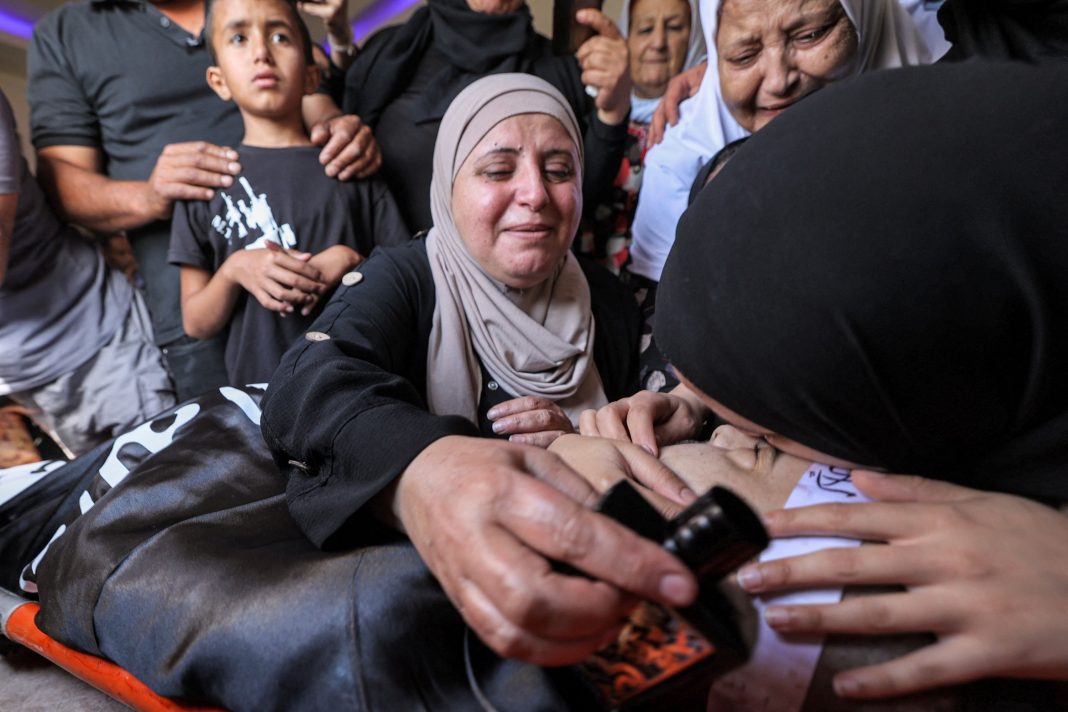 In the early hours of Friday, about 30 Israeli military vehicles raided Jenin and surrounded a car in the al-Marah neighborhood in the city’s east, firing shots at four men inside. Three of them died, and a fourth was seriously hurt.

In a brief message in Hebrew, the Israeli army said it was conducting an operation to locate weapons from two different locations and that it had been fired upon.

“Shots were identified towards the soldiers who thwarted the terrorists’ plans to target them,” the army said, adding that they found weapons, including two M-16 assault rifles and cartridges at the scene.

Residents in Jenin said they suspected the Israelis had intended to demolish the home of Raed Hazem, who carried out a shooting attack in Tel Aviv on April 7 that killed three Israelis before he was shot dead.

The Israeli army has ramped up raids in and around the occupied Jenin camp, in an attempt to crack down on growing Palestinian armed resistance there.

Fears are rampant of a possible large-scale Israeli invasion of the camp, where the armed wings of the Palestinian Islamic Jihad and Fatah movements are active.

According to the Palestinian health ministry, more than 60 Palestinians have been killed by Israeli forces this year, many of them in raids.

A string of Palestinian attacks since March has also killed 19 people in Israel.

Journalist Shireen Abu Akleh, a prominent TV reporter with Al Jazeera, was killed by Israeli forces last month in Jenin while she was covering an Israeli army operation.

A Palestinian investigation said the reporter who was wearing a bullet-proof vest with “press” written on it and a reporting helmet when she was shot was shot dead in what it described as a war crime.

Israel has backtracked from its initial insinuation that Abu Akleh could have been killed by a Palestinian gunman, but has now said it will not pursue a criminal investigation.