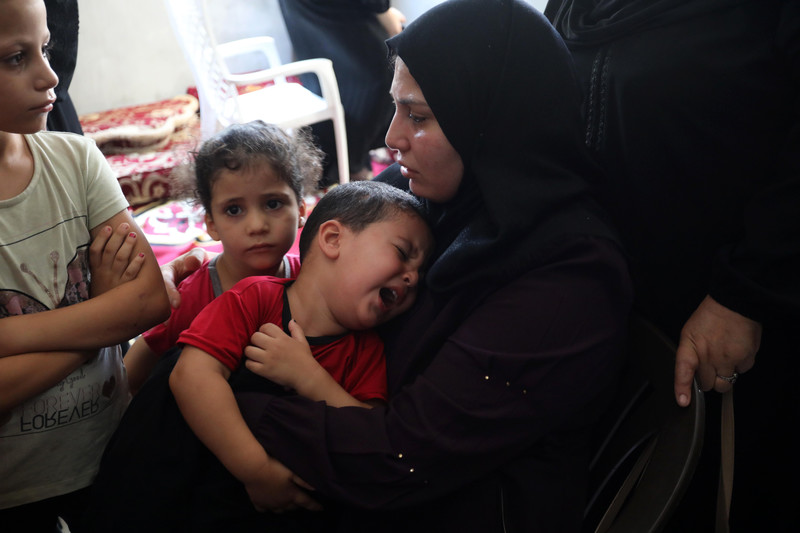 West News Wire: Israel will have its fifth election within five years in November. After all this leadership turmoil, the question of whether the right or left will win the election is less of a concern than the question of how far to the right the new administration would move. Moreover, how this will impact Palestinians.

The election so far seems to be going along the same lines as previous ones: Right-wing Israeli incumbents order the bombardment of Gaza to persuade their electorate that they are capable of leading. An all-too-painful illustration of this ongoing practice is the recent Israeli assault of Gaza, which resulted in the deaths of 44 Palestinians.

The emergence of the Israeli right

The Israeli left, which laid the foundation for the Israeli government in 1948, is now hardly seen in politics. When the first right-wing prime minister was elected in 1977, it started to lose ground. Menachem Begin, an extreme right-wing fanatic from Israel who founded the Likud party, went from being an internationally recognized terrorist to being the “revolutionary” leader of Israel. It is shocking that Israel has largely adopted the political and ideological doctrine of this man.

The leaders of Israel will compete for votes by announcing more ambitious plans for Hamas decapitation, settlement construction, West Bank annexation, and destruction in Gaza. In many ways, the outcome of the upcoming election is unimportant because we already know that the Palestinians will suffer regardless of who wins.

The most recent elections, held in March 2021, saw Likud win the most seats. However, the party’s prime minister, Benjamin Netanyahu, was unable to put together a coalition with enough support from the elected lawmakers to establish a government in Israel’s parliamentary system. This prompted the leaders of the conservative New Rights party, Naftali Bennett, and the liberal Yesh Atid party, Yair Lapid, to come to an agreement to take the helm of the government for two years, beginning with Bennett as prime minister.

Right-wing religious groups won 72 out of 120 parliamentary seats in the most recent election, a clear majority, giving the left and Arab Islamist parties little to no influence over the political landscape. But this is nothing new; the left has shrunken consistently since Begin’s era, and the Arab parties have never had any real power.

Right-wing parties and leaders, demagogic by nature, gained their popularity by rallying people against Arabs, both in historic Palestine, the West Bank and Gaza. From the 1990s to 2000s, they had a clear agenda: thwart the Oslo peace process, prevent a further land “concession” to the Palestinians, and be tough on security. They called for expanding the Israeli settlements in the West Bank and resisted the disengagement from Gaza that occurred in 2005.

Israeli right-wing parties have consistently had an openly hostile agenda toward the Palestinians. However, Israel’s right has gotten stronger as a result of the neighboring Arab nations, which were formerly seen as a threat to its existence, being plagued by internal strife, political upheaval, and firmly installed autocrats.

According to the Israeli Democracy Index, 64% of Israeli Jews between the ages of 18 and 34 identified as right-wing in 2018.

In Israel, the gap between the left and the right has widened in part due to alleged security concerns. The left was open to pursuing peace and was prepared to bargain for a two-state solution that would provide the Palestinians independence in the West Bank and Gaza Strip. The right, however, has advocated for forcefully depriving the non-Jewish people between the river and the sea, i.e., preventing Palestinians from obtaining any kind of real state, removing the possibility of refugee return, and keeping Palestinian citizens of Israel in second-class status.

The stronger the right grows, the more it seeks to weaken the high court, and to shape legislation that further increases its power. For more than a decade, Netanyahu’s government targeted civil society by passing legislation against minorities, as well as the media and judiciary institutions used to protest injustice.

Does the left exist in Israel?

Only socioeconomic policy distinguishes the left and right in the Israeli setting. The country during Begin’s Likud rule transitioned from a regulated, more socialist economy to a more free market. Regarding Israel’s relations with the Palestinians, however, there is not a stark contrast between the left and right.

Israel’s first prime minister and well-known head of the Labour Party, David Ben Gurion, oversaw ruthless attacks on Palestinians that resulted in the 1948 Nakba. Levi Eshkol, one of his predecessors, led Israel during the Naksa, or 1967’s Six-Day War. Yitzhak Rabin began his career as a fighter in the Palmach and served in both the 1948 and 1967 wars before becoming the later emblem and martyr of the Israeli peace movement. He eventually rose to the position of chief of staff of the Israeli military. Early in his career, Shimon Peres, another icon of the peace movement, sponsored the first settlements in the West Bank.

The radical left in Israeli politics those who support genuine equality between Jews and Palestinians has always been a very small minority.

The liberal left’s representatives Rabin, Peres, Ehud Barak, and Ehud Olmert never demonstrated a sincere commitment to tackling the enormous disparities between Jews and Palestinians. All of them declared their readiness to create a Palestinian state from the middle of the 1990s to the middle of the 2000s. The state they envisioned, meanwhile, would be demilitarized, with Israel still in charge of its boundaries, and would not be wholly autonomous.

The calls for a peaceful resolution decreased more than ever before as the second Intifada broke out, particularly among the left-wing parties.

What future may bring?

The current leftist coalition government, which was meant to bring about change, has treated Palestinians even more harshly than the Netanyahu administration did. For instance, it has authorized and accelerated the eviction of Palestinians from their homes and property in Masafer Yatta, and more Palestinian residents of the West Bank have been slain. It has also designated six Palestinian human rights organizations as terrorist organizations. Most recently, they intensified yet another military operation in Gaza while assassinating a leader of the Islamic Jihad.

Now, Netanyahu is getting ready to fight feistily to reclaim the role of prime minister. He voted against extending the statute that grants Israelis in the occupied West Bank civilian status in an effort to retake power.

Although he didn’t want to do this, the vote served his objective because it caused a rift in the ruling coalition, which made new elections necessary and gave him the chance to run again.

The leaders of Israel will vie for votes by announcing more ambitious plans for Hamas decapitation, settlement construction, West Bank annexation, and collective punishment in Gaza.

In many ways, it doesn’t really matter who wins the upcoming election because we already know that the Palestinians would suffer whichever candidate prevails. A far-right party will win, as has happened in the majority of elections since the first right-wing administration took office in 1977, even if it’s unlikely they will be able to form a government. Islamists and left-wing organizations will likely gain the least seats in the Knesset. And eventually, more unjust and ruthless resolutions will be issued against the Palestinians.