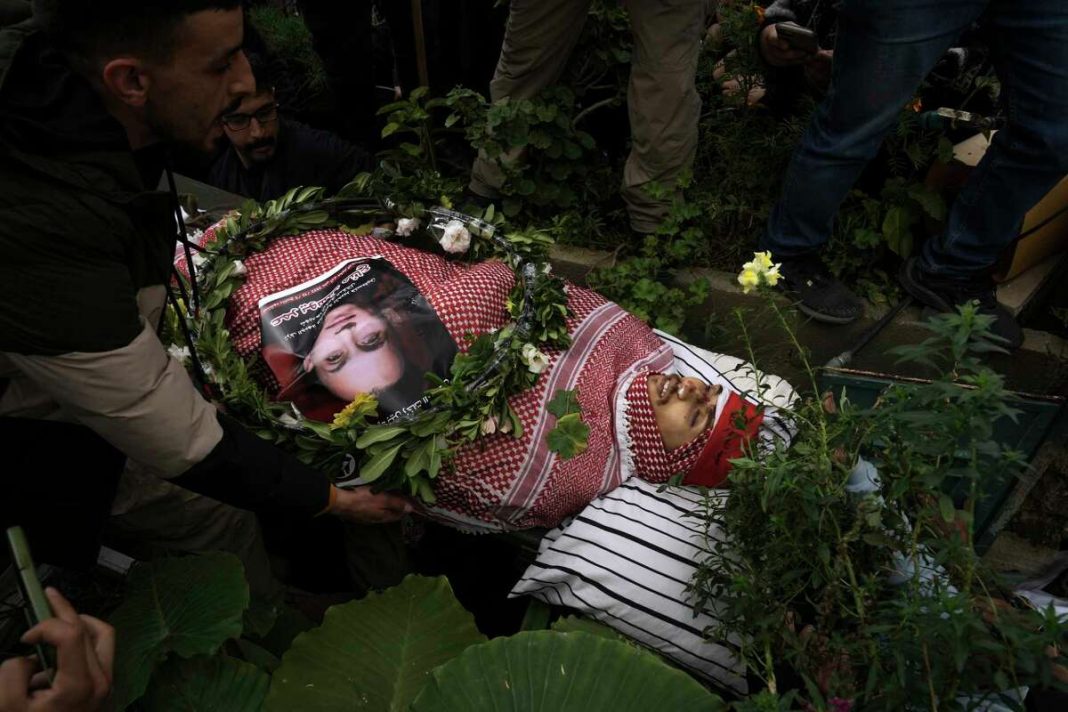 Omar Manaa, 22, is the victim, according to the official Palestinian news agency WAFA, and six other Palestinians were reportedly injured.

The shooting, which happened on Monday near Bethlehem, takes place in the midst of an Israeli crackdown in the region, with almost daily operations in the occupied West Bank ending in fatalities and arrests.

Israeli forces reportedly broke into the Deheishe refugee camp outside of Bethlehem early in the morning, provoking fights with a group of locals before shooting tear gas and opening fire at the gathering.

The Israeli military said soldiers entered the camp to arrest what it described as three “wanted militants”. It said the soldiers opened fire after the crowd hurled rocks and firebombs at them.

The latest killing comes amid sky-high tensions and bursts of violence as the most right-wing government in Israel’s history is poised to be installed in the coming weeks.

More than 10 Palestinians have been killed since last week in the occupied West Bank, including 23-year-old Ammar Mufleh, who was shot at point-blank range by Israeli police in broad daylight on December 2.

Footage of the incident in Huwara showed Mufleh being held in a headlock by an Israeli soldier, as two other men try to wrestle him away.

In an effort to free himself of the soldier’s grip, Mufleh then appears to hit the soldier and tries to take hold of his rifle before the soldier pulls out a handgun and shoots him several times as he falls to the ground.

Palestinian activists have said the killing amounted to an “execution”.

In November, Tor Wennesland, the special coordinator for the Middle East peace process at the UN, predicted that 2022 would surpass all other years since the organization started keeping track of homicides in 2005 as the bloodiest year for Palestinians in the occupied West Bank.

So far this year, the territory has seen the deaths of at least 140 Palestinians.

More than 200 Palestinians have perished in total in 2022, mostly in the blockaded Gaza Strip, where Israel launched airstrikes early on Sunday after a rocket landed in southern Israel, but also in the West Bank, East Jerusalem, and other Palestinian-populated areas.

Israeli officials have claimed that the operations in the occupied West Bank are in response to a series of violent incidents that took place against Israelis earlier this year.