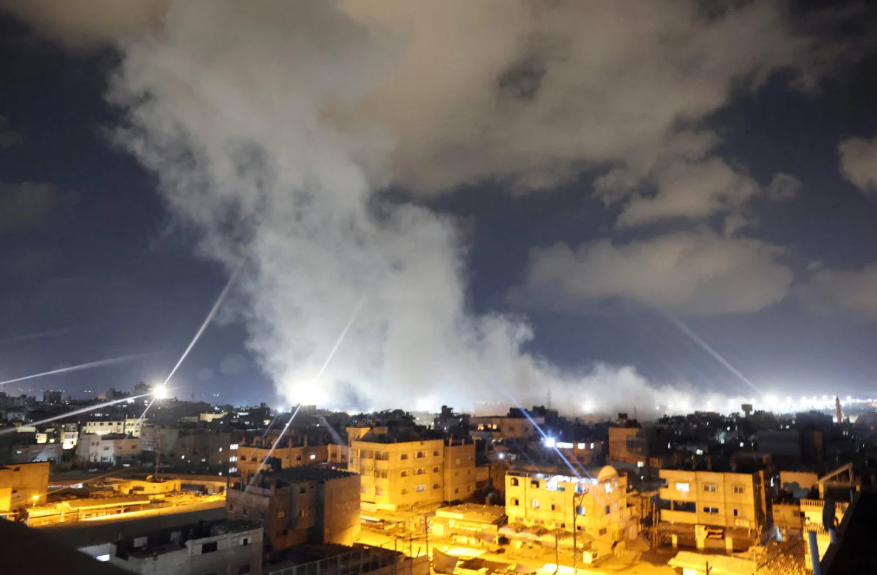 West News Wire: Israel’s airstrikes on the besieged Gaza Strip, according to the UN special rapporteur on the occupied Palestinian territories, “not only are illegal, but irresponsible.” He calls for a diplomatic solution to the most recent round of violence, which started on Friday when Israel began airstrikes on Gaza City.

According to Francesca Albanez, “the situation in Gaza is on the verge of a humanitarian calamity.”

The siege must be lifted in order to allow help to reach the Palestinians, wherever they may be.

According to Israel, the operation might take a week and that the attack was a “preemptive” measure of self-defense against the Palestinian Islamic Jihad group.

Albanez blasted the United States for saying that it believed Israel had the right to defend itself. “Israel cannot claim that it’s defending itself in this conflict,” Albanez said.

The US ambassador to Israel, Tom Nides, wrote on Twitter on Friday: “The United States firmly believes that Israel has a right to protect itself. We are engaging with different parties and urge all sides for calm.”

His remarks were echoed by British Foreign Secretary Liz Truss, who said the United Kingdom “stands by Israel and its right to defend itself”, and condemned the “terrorist groups firing at civilians and violence which has resulted in casualties on both sides”.

At least 31 Palestinians have been killed in Gaza and 260 injured since Friday. No serious casualties had been reported on the Israeli side as of Sunday, as the Iron Dome defence system shot down 97 percent of missiles launched from the besieged strip, according to its military.

“Protection is something I demanded in Palestine, and that’s not me alone. It is necessary to protect civilian lives,” Albanez said. “[Israel] cannot be defending itself from civilians since 1967.”

The special rapporteur, who is an independent expert responsible for monitoring human rights violations in the occupied Palestinian territories and referring them to the UN, called on the international body to ascertain whether international law had been breached in Gaza and ensure accountability.

“I believe lack of accountability strengthens Israel,” Albanez said. “I see ending occupation as the solution.”

An independent commission of inquiry set up by the UN Human Rights Council after a brutal war in Gaza in May 2021 said Israel must do more than just “ending the occupation” of land that Palestinian leaders want for a future state.

“Ending the occupation alone will not be sufficient,” the report published in June found. It added that action must be taken to ensure the equal enjoyment of human rights for Palestinians.

However, it cited evidence that Israel had “no intention of ending the occupation” but was instead pursuing “complete control” of the territories taken in 1967.

The commission found the Israeli government to have been “acting to alter the demography through the maintenance of a repressive environment for Palestinians and a favourable environment for Israeli settlers”.

The US quit the Council in 2018 citing “chronic bias” against Israel and fully rejoined only this year.

In May 2021, an 11-day-long military offensive on Gaza killed more than 260 Palestinians and injured over 2,000. Thirteen people were killed in Israel.