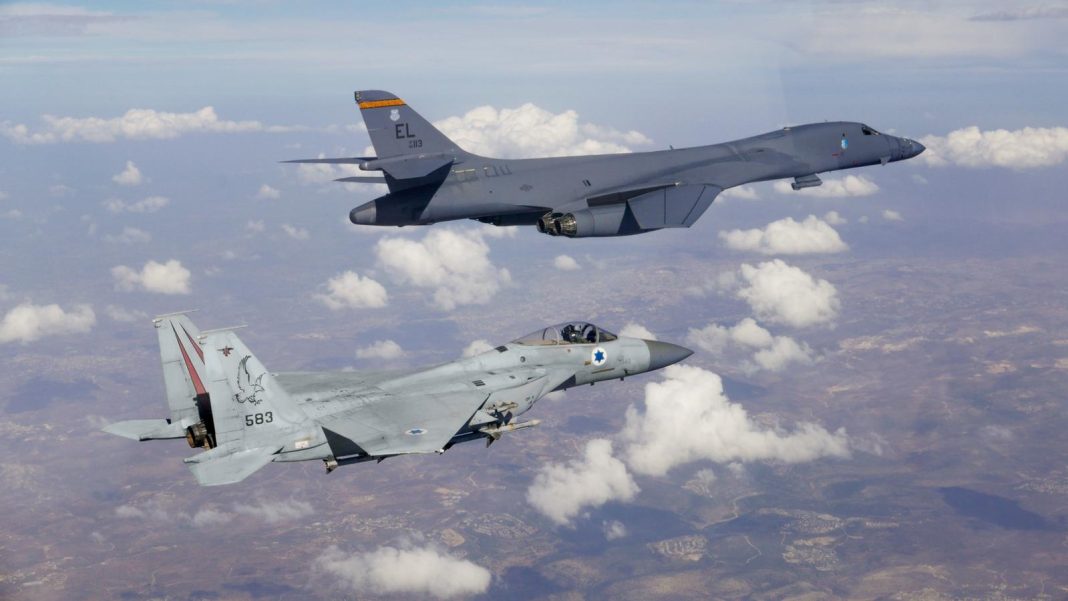 West News Wire: Just days after West Jerusalem urged US authorities to speed up their “operational plans” against Tehran, the Israeli military and the US military have engaged in coordinated training exercises, conducting a number of air simulations to simulate strikes on Iran.

In a statement released on Wednesday, the Israel Defense Forces (IDF) provided more information about the exercises, stating that they had “practiced numerous scenarios in the face of regional threats,” specifically mentioning Iran.

In response to common worries in the Middle East, notably those presented by Iran, our two military are boosting their strategic coordination, according to the IDF.

Four Israeli F-35 fighter jets and four American F-15s took part in the war games, which “simulated a long-range operational scenario and long-distance flights,” the IDF added, noting that a US KC-135 tanker aircraft also refueled a number of Israeli F-16s during the exercise.

The drills follow a visit to the US capital last month by IDF Chief of Staff Aviv Kochavi, who called on American officials to develop new “operational plans” to take on the Iranian military. The two sides also discussed their “commitment to ensuring that Iran never acquires a nuclear weapon,” despite Tehran’s repeated insistence that it is not pursuing the bomb.

Israel has recently conducted a number of exercises explicitly aimed at Tehran, including one earlier this year over the Mediterranean Sea that apparently mimicked strikes on Iran’s nuclear installations. Another comparable exercise involving nuclear installations and more than 100 planes to simulate long-distance strikes was carried out in June.

However, the Jerusalem Post earlier reported that Israel had acquired technologies allowing it to reach Iran without the need to refuel along the way. This week’s war simulations featured midair refueling operations with an American tanker. The publication said the air force has updated its F-35 fighters, which were built in the US, to achieve that goal, but provided little information on the purported upgrades.