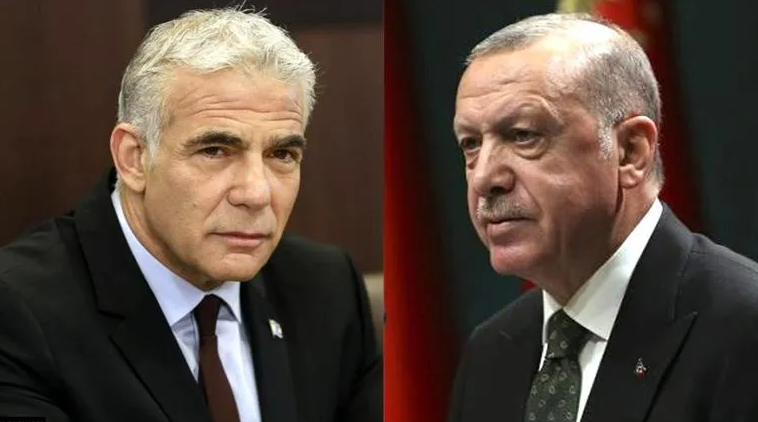 West News Wire: According to Yair Lapid’s office, Israel and Turkey will soon reappoint their ambassadors to each other’s nations and resume full diplomatic relations.

Back in 2018, after Israeli forces killed about 60 Palestinians during protests on the Gaza border, relations between the two countries deteriorated. At the time, Ankara denounced Israel’s oppressive treatment of protesters.

Following discussions between Lapid and Turkish President Recep Tayyip Erdogan, the premier’s office issued a statement in which it was stated that “it was decided to once again upgrade the level of the relations between the two countries to that of full diplomatic ties and to return ambassadors and consuls general.”

Among other things, the normalization would “strengthen regional stability,” it was added.

Prime Minister Lapid was also quoted as describing the move as “important economic news for the citizens of Israel.”

With the normalization of relations having been in the pipeline for some time, President Erdogan earlier noted that restoring ties with Israel would allow Ankara to “help our Palestinian brothers.”

Turkish Foreign Minister Mevlut Cavusoglu told the press in Ankara that his ministry was already looking for the right candidate to become the country’s ambassador to Israel.

Following a visit to Turkey by Israeli President Isaac Herzog in March and subsequent visits by foreign ministers, Israel announced the reopening of its trade office in Istanbul. The two countries have also signed an aviation agreement, which allows Israeli airlines to fly to Turkey.

In recent years, Israel has been making concerted efforts to normalize its traditionally strained relations with some Muslim nations. 2020 saw the signing of the so-called Abraham Accords between the Jewish state on one side and the United Arab Emirates on the other. Similar accords between Israel, Bahrain and Morocco followed soon thereafter. That same year, Turkey also began its attempts to normalize relations with other regional powers, such as Egypt, the UAE, and Saudi Arabia.