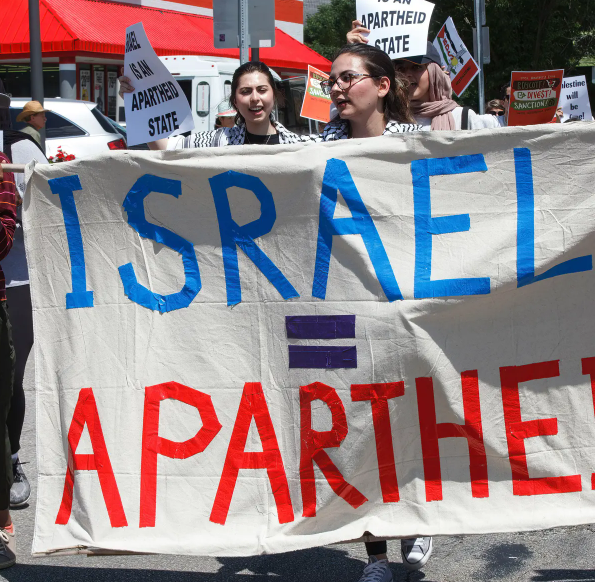 West News Wire: As the protracted Israel–Palestine conflict continues, the South African government has expressed concern that Israel’s prolonged control of “large areas of the West Bank” and the construction of new settlements there “are clear examples of violations of international law.”

At the second gathering of the Palestinian Heads of Mission in Africa, which was held in the nation’s capital Pretoria, Naledi Pandor, South Africa’s minister of international relations and cooperation, said, “The Palestinian narrative evokes experiences of South Africa’s own history of racial segregation and oppression.”

She stated, “We cannot stand by while another generation of Palestinians is left behind since we experienced directly the repercussions of racial inequity, discrimination, and denial as subjugated South Africans.

Pandor said Pretoria believes Israel should be classified as an apartheid state and that the United Nations General Assembly (UNGA) should establish a committee to verify whether it satisfies the requirements.

“If there is any country or countries that can comprehend the suffering and the struggle for freedom and independence of Palestine, it is the African continent and the people of Africa,” Malki said.

The first Palestinian embassy in South Africa was accredited in 1995, marking the beginning of diplomatic relations between the two countries. Over the years, the South African government has remained a strong ally of Palestine, providing both material and public support for its liberation cause.

“Our position on Palestine has always been clear, consistent, and convergent with the international community,” Pandor said.

According to a recent report by the Al-Mezan Centre for Human Rights, a civil organisation with headquarters in the Gaza Strip, approximately 5,418 Palestinians have been killed by Israeli military operations in the embattled Gaza Strip during the past 15 years, including 1,246 children and 488 women.

A recent UN commission of inquiry to investigate violations in the occupied Palestinian territory, including East Jerusalem, determined in its report that Israel is responsible for severe human rights violations against Palestinians.

“These reports are significant in raising global awareness of the conditions that Palestinians are subjected to and they provide credence and support to an overwhelming body of factual evidence, all pointing to the fact that the State of Israel is committing crimes of apartheid and persecution against Palestinians”, said Pandor while referencing the reports.

Shireen Abu Akleh, a Palestinian-American journalist for Al Jazeera, was killed by Israeli soldiers in May during a raid in the West Bank, and Pandor was the first official from the South African government to condemn the incident.

When Abu Akleh was still alive, she linked the brutal Israeli police attack on her funeral march to the brutality of the South African apartheid military.

She stated to SABC during Tuesday’s conference that “we can’t leave the problem of Shireen Abu Akleh undisturbed.”

Pandor stated, “We will advance the Palestinian cause in the UN General Assembly and we also need civil society to join us.