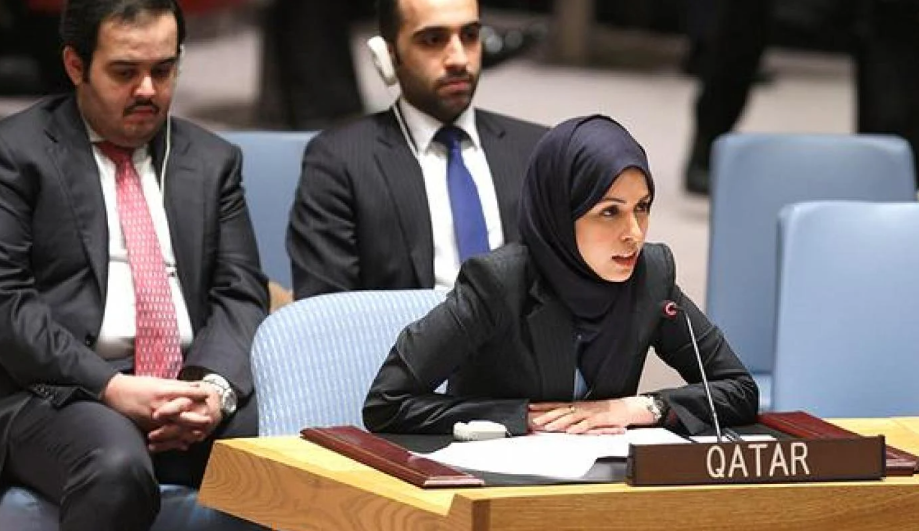 The comments were made by Ali Thani on Tuesday at a United Nations Security Council briefing on the Middle East situation.

She emphasized the necessity of putting an immediate stop to the Tel Aviv regime’s settlement expansion activities throughout the occupied West Bank and East al-Quds, the right of Palestinian refugees to return to the homes from which they were forcibly removed, the restoration of Palestinians’ inalienable historical rights, and the establishment of an independent Palestinian state with East al-Quds as its capital.

The top Qatari diplomat stressed that the best way to the Israeli-Palestinian conflict is through negotiation between the two sides, and the international community should take what it can to facilitate the so-called peace process and settle all existing issues.

She further noted that the occupied al-Quds is a central issue, and warned against any damage to the historical and legal status of Islamic and Christian sites in the city.

The Qatari UN ambassador also warned about the Israeli regime’s efforts to further Judaize al-Quds, divide the sacred al-Aqsa Mosque compound in time and place, and restrain the religious freedom of Muslims, and stressed that these efforts are invalid according to international law and UN resolutions.

Israel occupied the West Bank, including the western part of the holy city of al-Quds, in 1967. It later annexed East al-Quds, which Palestinians want as the capital of their future state.

Israel seized the Golan Heights from Syria after the 1967 Six-Day War and later occupied it in a move that has never been recognized by the international community. The regime has built dozens of settlements in the area ever since and has used the region to carry out a number of military operations against the Syrian government.