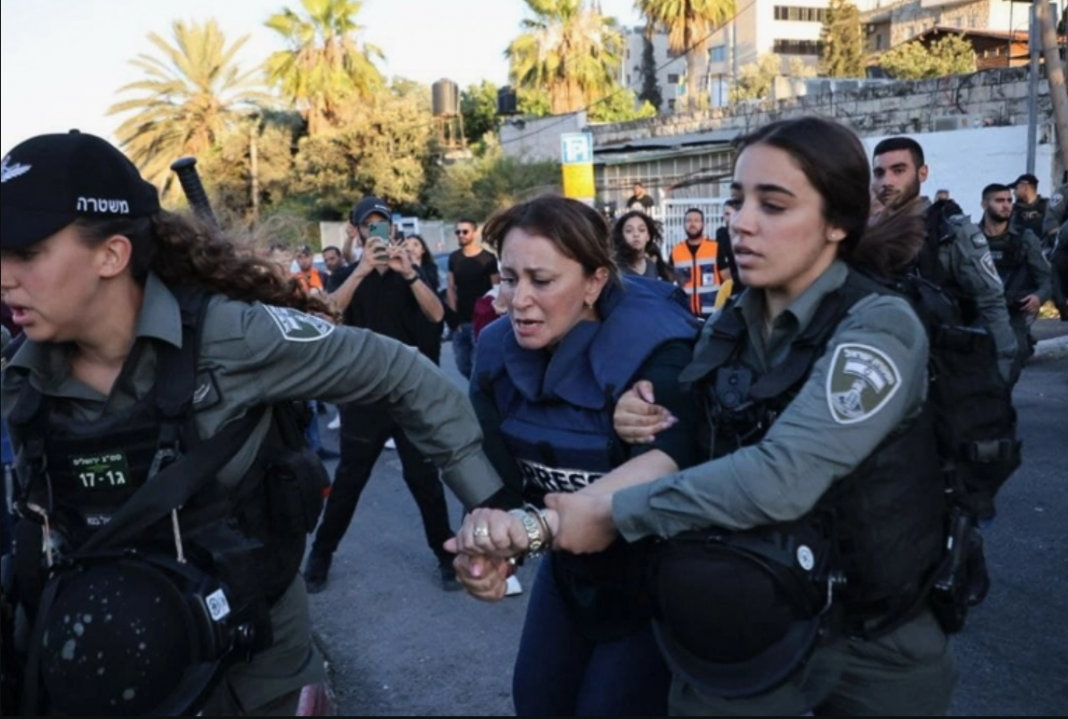 West News Wire: Israeli troops have a “track record of using fatal force and systemically targeting Palestinian journalists with utter lack of accountability,” according to the International Centre for Justice for Palestinians (ICJP).

“International action is critical to put an end to Israeli troops’ unlawful killing and injuring of journalists,” it stated.

CPJ’s MENA programme coordinator, Sherif Mansour, said the group has recorded at least 18 examples of journalists being killed in Israel and the occupied Palestinian territories since 1992, adding that “no justice” has been served in any of the cases.

Speaking to news reporters, Mansour called for a comprehensive and transparent investigation into Abu Akleh’s killing.

“The timing is crucial here because it’s happening exactly one year after the UN asked for a probe into the Israeli authorities’ actions against at least 28 media outlets last year,” Mansour told reporters. “We are hoping this case informs the UN report, but also will encourage Western capitals to raise these issues directly with Israeli officials.”

Husam Zomlot, the Palestinian ambassador to the United Kingdom, has said Israel wants to ‘assassinate the truth’ and journalism.

“She [Abu Akleh] is not the first, and regrettably might not be the last Palestinian journalist to be murdered, assassinated by the Israeli occupation,” Zomlot said.

The UN human rights office has said it was “appalled” at the killing of Abu Akleh and demanded a transparent investigation into her death.

“We are appalled at the killing of journalist Shireen Abu Akleh while covering an Israeli military operation in Jenin, Palestine,” UN human rights chief Michelle Bachelet’s office said on Twitter, adding: “We urge an independent, transparent investigation into her killing. Impunity must end.”