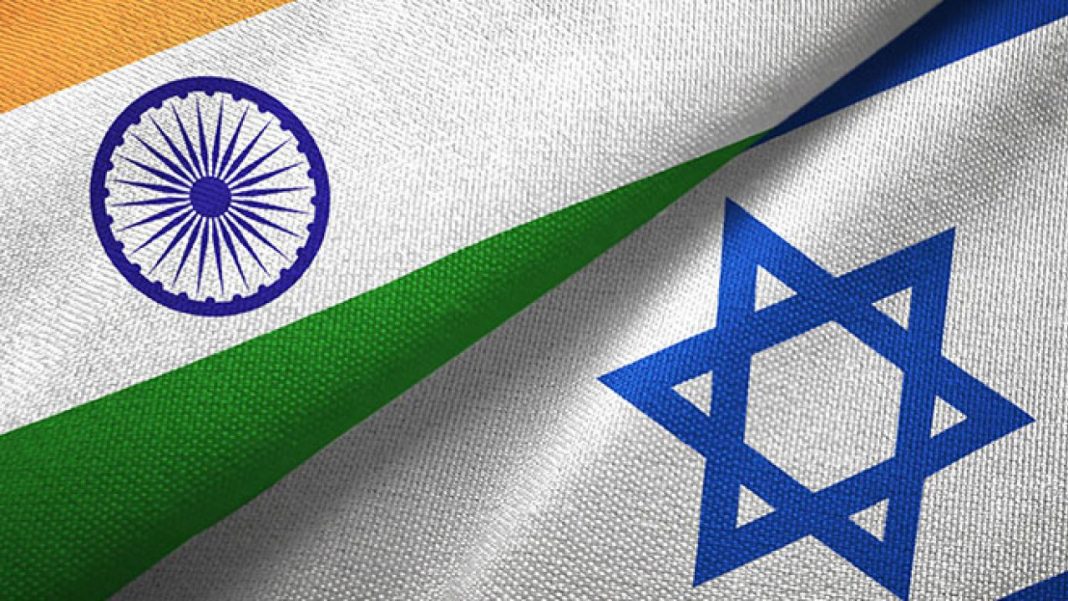 West News Wire: The current policies and tactics used by the Indian government and the ruling BJP to repress minorities, particularly the Muslim population, strikingly resemble those used by Israel to repress the Palestinians. It appears like Delhi is following Tel Aviv’s lead, or perhaps Israel’s leaders have started favoring India.

In the occupied state of Jammu and Kashmir, India is using the same strategies that Israel has been employing to drive Palestinians from their ancestral territories in order to subjugate Muslims and reduce them to a minority.

The most recent of these in India is the recent practice of razing Muslim homes as a form of protest over the blasphemous remarks made by leaders of the ruling party against the Islamic Prophet.

Aafreen Fatima, a student leader at Jawaharlal Nehru University, was recognized for resisting the new anti-Muslim citizenship law and intervening in several sit-ins. Her home was one of the many Muslim homes in Delhi that were destroyed.

Israel has been razing Arab citizens homes for decades in order to evict them so that Jewish settlements might occupy their territory. An such is the village of Al-Araqib in occupied Palestine, which experienced 203 demolitions. Israel has been displacing the original residents of the Sheikh Jarrah neighborhood through numerous similar demolitions in order to alter the community’s demographics.

Extremist Hindus have responded favorably to the Indian government’s strategy of demolishing Muslim dwellings. In order to fulfill the goal of Hindutva, campaigners now view the bulldozer as a crucial weapon against religious minorities.

Ankush Jaiswal, a young Hindu groom, reportedly made the decision to travel to his bride’s home on a bulldozer on his wedding day. It appears that Hindu youngsters in India are now interested in learning how to operate bulldozers in order to take part in future demolition efforts. This novice behavior on the part of the bridegroom may go beyond simple humor and cause grave disaster for India’s minorities in the future.

The most recent US report makes clear how minorities are oppressed in India. However, Delhi is proposing to hold the G-20 annual summit in Jammu and Kashmir, an occupied state, in defiance of international regulations that prohibit holding any international gathering in a region that has been listed as disputed by the UN. Delhi is entirely ignoring the findings.

If it went on, India would be in flagrant breach of international law and would be discrediting the UN.

Since taking office, Narendra Modi, the Prime Minister of India and his fellow Hindu extremists have been working to transform the country’s identity, completely disregarding public opinion outside and using every available political tool to sway Western nations. Modi hopes to enlist the West in his evil ambitions to permanently annexe Occupied Kashmir by convening the G-20 summit in Kashmir. In this way, he believes, the world’s conscience will be compelled to overlook India’s worst record of human rights abuses, recognize Kashmir as a part of India, and support the Modi government’s decision to abolish the State’s special status of Jammu and Kashmir by amending Article 370 of the Indian constitution on August 5, 2019.

It’s interesting to note that despite Modi’s best efforts, the international community, the Kashmiri people, and even political parties and leaders in Kashmir who have traditionally been seen as pro-India have all refused to recognize Occupied Kashmir’s new status. Even after they were imprisoned, the families of previous pro-India chief ministers Farooq Abdullah and Mehbooba Mufti passionately opposed the constitutional changes to annex Kashmir. Modi imposed a violent and draconian security crackdown, an ongoing curfew for over two years, the biggest communication lockdown in history that shut off all phone, internet, social media, and postage lines, and blacked-out media in order to avoid a severe response from the Kashmiris. Numerous protesters were murdered, injured, or disappeared as a result of the action.

India disregarded the protests made by the international community, media, human rights groups, and even the UN General Assembly. It is interesting to note that because to the tolerance shown by foreign organizations and human rights organizations, Delhi has always gotten away with its crimes against minorities, particularly against Muslims.

In defiance of international conventions, regulations, and UN resolutions, the (prior) Trump administration moved the US embassy from Tel Aviv to occupied Jerusalem in 2018, which Delhi views as a plus for implementing its own plan to seize Kashmir. Modi intends to use it as a negotiating chip to have the US turn its attention away from his government’s abuses of human rights and international law in favor of backing US foreign policy elsewhere.

Other significant international players, outside the US, especially the European Union, which has a strong commitment to human rights, may object to Modi’s aspirations to annex Kashmir by imitating Israel’s strategy of winning support through diplomatic channels. With the exception of fewer than half a dozen nations that were prodded by pressure and avarice, the EU and the rest of the world rejected the US embassy’s move to occupied Jerusalem.

In accordance with a decision by the European Union Court of Justice, Norway, a close friend of the EU, just a few days ago refused to allow the Israeli name on goods made in the occupied Palestinian and Arab lands. Norway’s decision to disagree with Israel’s position on the matter was met with apparent disquiet from Israel.

Along with the Western nations, the G-20 also consists of three Muslim nations Indonesia, Turkey, and Saudi Arabia as well as important global players like China and Russia.

Pakistan has also thwarted Indian efforts by meeting all of the FATF requirements necessary to remove itself from the “grey list” and increase its global acceptance. Islamabad hopes to rouse the conscience of the civilized world to oppose the Modi government’s unlawful, harsh, and oppressive acts against Kashmiris.

Even if India is a significant market on a global scale, no foreign power can afford to overlook Pakistan’s geopolitical significance or ignore all of the regional realities and human rights abuses in order to assist India in its ambitions to imitate Israel.

It will be difficult for India to host the G-20 summit in occupied Kashmir. By any means necessary, you run the risk of being punished for acting as a US police officer in the area.

The nations who support India’s draconian policies run the risk of being blamed for aiding Delhi’s Hindutva ideology and all the bloodshed and violence that has and will result from it. A similar scenario will put an end to India’s aspirations of a sizable global market.