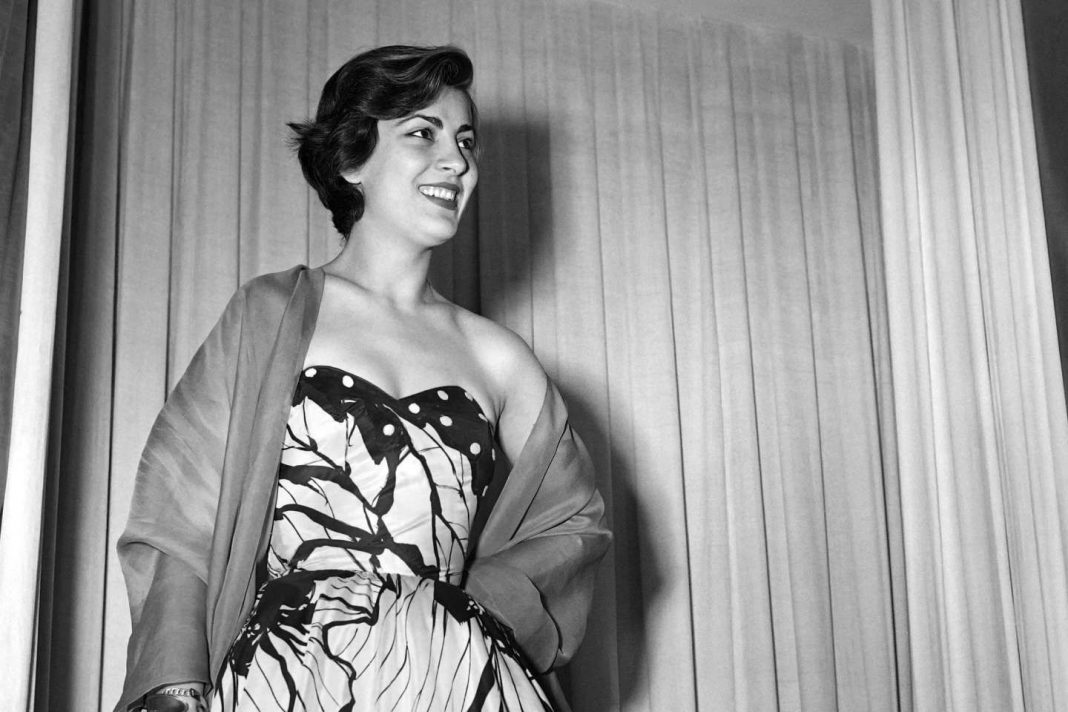 West News Wire: Irene Papas, a Greek actress and singer known for her dramatic performances and stern beauty who over the course of six decades landed significant roles in Hollywood films as well as in French and Italian cinema, has passed away. She was 93.

She passed away on Wednesday, according to the Greek Culture Ministry.

In a statement, Culture Minister Lina Mendoni said of Irene Papas, “Magnificent, majestic, dynamic, Irene Papas was the essence of Greek beauty on the cinema screen and on the theater stage, an international leading lady who exuded Greekness. She has been a source of “admiration and inspiration” for generations of Greeks, according to Prime Minister Kyriakos Mitsotakis.

Papas became known internationally following performances in “The Guns of Navarone” in 1961 and “Zorba the Greek” in 1964, acting alongside Hollywood stars Gregory Peck and Anthony Quinn. In all, she starred in more than 50 movies.

Born Irene Lelekou in the mountainous village of Chiliomodi, Papas was the daughter of two schoolteachers. Her father also taught drama.

She left home at 18 to marry Greek film director Alkis Papas despite her family’s disapproval. They divorced four years later. After the death of American Actor Marlon Brando in 2004, Papas revealed in an Italian newspaper interview that the two had been romantically involved.

A supporter of the Greek Communist Party, Papas was a vocal opponent of the military dictatorship that governed the country between 1967 and 1974 and lived much for life outside Greece, including in Rome and New York.

Papas was also known for her appearance in ancient Greek tragedies. Many of her iconic international movie roles were earned portraying Greek characters. But she also starred with Kirk Douglas in the 1968 crime drama “Brotherhood” and with James Cagney in the 1956 Western “Tribute to a Bad Man.”

Greek arts institutions thanked Papas for her support for younger actors. The Athens-based Greek Film Center described her as “The greatest Greek international film star,” adding: “Her image is a timeless imprint of Greek female beauty.”

Papas publicly joked that she was often quoted as being three years older than her actual age. She started a 2004 interview with Greek state television by saying, “I was born on Sept. 3, 1929. All the papers are there in Chiliomodi,” which is located near the southern Greek city of Corinth.