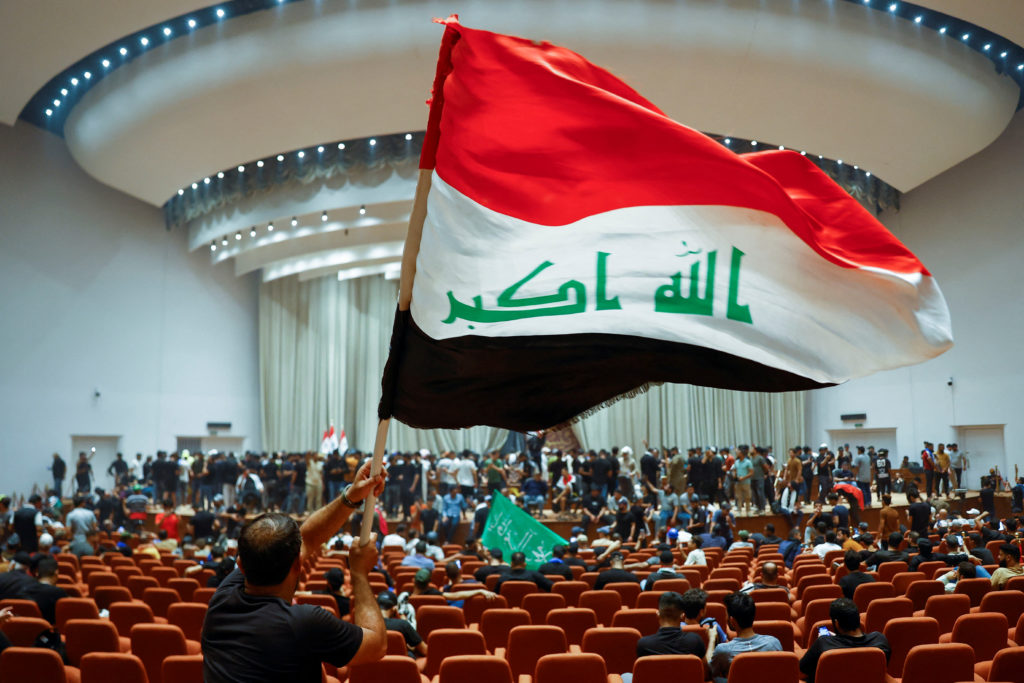 West News Wire: Asa’ib Ahl al-leader Haq’s in Iraq has demanded the swift establishment of a new administration to overcome the political impasse and power vacuum that have existed in the Arab nation since the country’s legislative elections in October of last year.

On Wednesday, Qais al-Khazali complimented sthe wisdom displayed by all parties for bringing about the restoration of calm in Iraq after days of upheaval and called for action to hasten the formation of the cabinet.

The top Iraqi lawmaker declared in a statement that “Popular Mobilization Units, commonly known as Hashd al-Sha’abi, once again proven their position as the guarantor of national security and saved the country.”

The secretary general of Asa’ib Ahl al-Haq also underlined the need to hold accountable all those who violated the law, as well as those who fired shots at Iraqi security forces.

“Parliament must convene and form the new government according to the Constitution. The status quo is very critical, because the legislature remains closed and the government has fallen apart. The commander-in-chief of the armed forces [outgoing Prime Minister Mustafa al-Kadhimi] has also failed to fulfill his duty in maintaining security and stability,” Khazali pointed out.

The remarks came a day after supporters of prominent Shia Muslim cleric Muqtada al-Sadr began to withdraw from Baghdad’s Green Zone after calls to fully retreat from the heavily fortified area.

Sadr had given Iraqi protesters and his followers “60 minutes” to leave the high-security area, as he extended an apology to the Iraqi people.

“It saddens me a lot what happens in Iraq; I apologize to the Iraqi people, the only ones affected by the events,” Sadr told reporters. “We had hoped that there would be peaceful protests, not weapons.”

Violence erupted in the capital after Sadr on Monday said he was resigning from politics and closing his movement’s offices.

At least 30 people were killed and 700 others wounded in the two days of unrest, which came after three years of relative stability in Baghdad.

The longest political void has existed in the nation since the devastating American-led invasion of the Arab country in 2003, when Sadr’s bloc emerged as the largest parliamentary faction but fell far short of a majority.

In an effort to pressure political adversaries into accelerating the formation of a government, all 73 of the bloc’s legislators resigned from their positions in June.

The candidate who receives the second-highest number of votes in their electoral district succeeds the vacated member of parliament under Iraqi law.