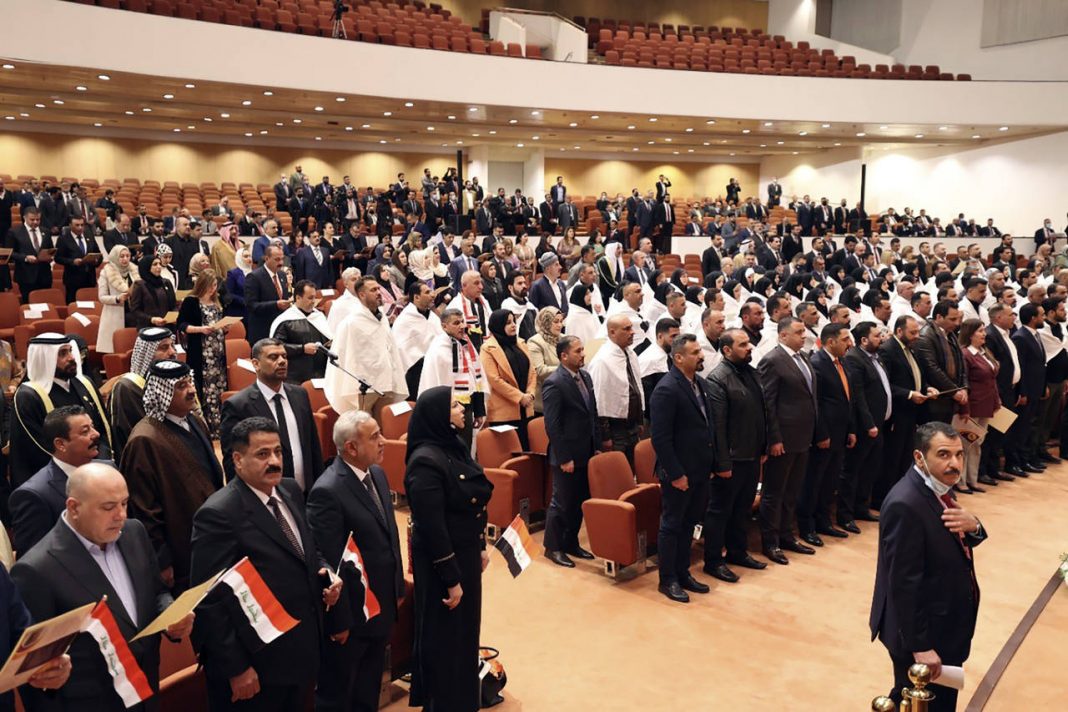 The new coalition, according to lawmaker Ahmed Rubaie, is now the dominant force in the 329-seat legislature.

The change occurred shortly after the mass resignation of 73 Sadrist lawmakers two weeks prior, which came after months of deadlock over the formation of a new government and nearly eight months after the parliamentary elections.

In reference to the deadlock, Sadr described the en bloc resignation as “a sacrifice made towards emancipation of the nation from an ambiguous fate.”

Members of the movement then handed in their resignations in al-Hannana, the headquarters of the political party in the city of Najaf.

“The country’s reform will only take place with a national majority government,” Sadr said in a televised statement, adding, “If the survival of the Sadr bloc is an obstacle to the formation of the government, then all representatives of the bloc are ready to resign from parliament.”

“Iraq needs a government backed by a majority that serves the people,” the prominent cleric said.

Sadr’s party was the biggest winner in the October general elections and was expected to sideline other rivals who had dominated politics in Iraq for years. However, the existing political disagreement among parties impeded parliament from electing a president.

“We have reluctantly accepted the requests of our brothers and sisters, representatives of the Sadr bloc, to resign,” al-Halbousi tweeted.

The country has been without a government since parliamentary elections in October. Sadrists exceeded their fellow aspirants by winning as many as 73 seats in the contest.