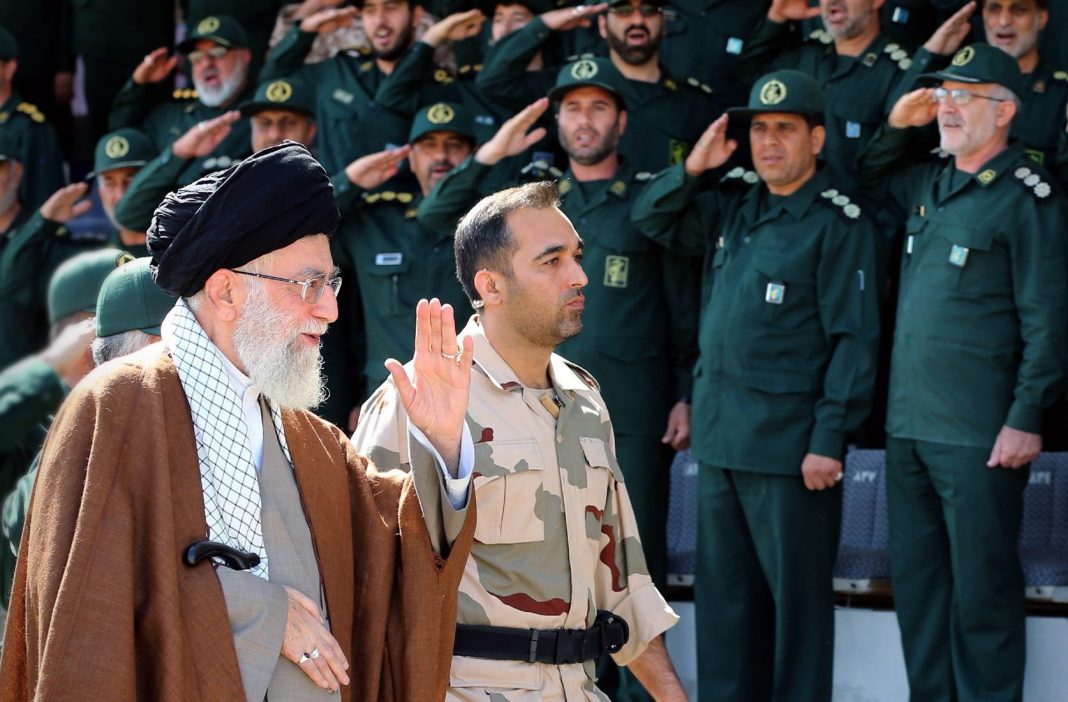 West News Wire: Ayatollah Ali Khamenei, the supreme leader of Iran, has harshly condemned the unrest that broke out in several regions of the country after a young woman died, alleging that the tragic riots were planned in advance by the American government and the Israeli government.

The Commander-in-Chief of the Iranian Armed Forces, Ayatollah Khamenei, delivered the remarks on Monday during the joint graduation ceremony for cadets enrolled in the army schools.

“I assert unequivocally that America, the Zionist dictatorship, and its adherents orchestrated these developments. Their biggest issue is with an Iran that is strong and independent and with the development of the nation. The Iranian people have recently shown themselves to be a reasonably resilient people, and they will fearlessly enter any situation.

“During the latest developments, injustice was done to the country’s law enforcement forces, the Basij and the Iranian nation. Of course, the Iranian nation emerged completely strong as it did before and will do so in the future,” he added.

Protests over the death of Mahsa Amini, a 22-year-old Iranian woman who fainted at a police station on September 16 and was later pronounced dead at a hospital, erupted first in her native province of Kurdistan and later spread to other parts of the country, including Tehran.

The protests soon turned into violent riots, with rioters going on the rampage across the country, attacking security officers, resorting to vandalism against public property, and desecrating religious sanctities.

According to a statement released by the Iranian Intelligence Ministry on Friday, the rioters have been backed by Western regimes and their mercenary media, who disseminated misinformation and distorted the sequence of events that led to Amini’s death even before the official investigation into the incident concludes.

Ayatollah Khamenei also said that although Amini’s death was heart-breaking, the ensuing riots were not natural as groups of people caused social disturbances on the streets, burnt copies of the Holy Quran, harassed veiled women, and set mosques, religious congregational halls and private cars on fire.

“If it were not for the young girl, they would have invented another excuse to create insecurity and trigger riots in the country on the first day of [the Persian calendar month of] Mehr this year,” he maintained.

“Many riots broke out across the world, including in Europe. There are riots every now and then in France and Paris in particular. But the question is: Has it ever been the case for the US president and the House of Representatives to support the rioters and make statements? Is there another case where they have sent messages and stated that they are with them? Is there another case where mass media affiliated with American capitalism and their mercenaries in the region, including the Saudis, have supported rioters in other countries? And is there a case where Americans have announced that we will provide certain internet hardware or software to rioters so that they can communicate easily with each other?” the Leader added.

Ayatollah Khamenei went on to say that such support has, on the contrary, happened several times in Iran, and clearly points to the fact that foreign powers are behind recent events in the country.

He underlined that Americans’ expression of regret for Amini’s death is artificial. “They are happy because of finding an excuse to foment insecurity,” he said.

Elsewhere in his remarks, Ayatollah Khamenei pointed to the country’s progress in all sectors, efforts aimed at facilitating domestic production, activation of knowledge-based companies, and the country’s ability to neutralize Western sanctions.

“They (enemies) do not want such progress to happen in the country, and have plotted to close universities, create insecurity on the streets, and engage state officials with new issues in the northwestern and southeastern flanks of the country in order to stop the growth,” the Leader said.

He highlighted that enemies’ plans will not succeed at all since their estimations are seriously flawed.

They are yearning for the Iran of the Pahlavi era, which obeyed their orders and served as a milking cow to them, Ayatollah Khamenei said, adding that the US is not only against Iran but also against a strong and independent Iran.

Also addressing the recent protests in Iran, the Leader of Iran said, “In my opinion, these positions are of little relevance and one should not be concerned about them.” He then referred to the opinions of several Iranian athletes and artists.