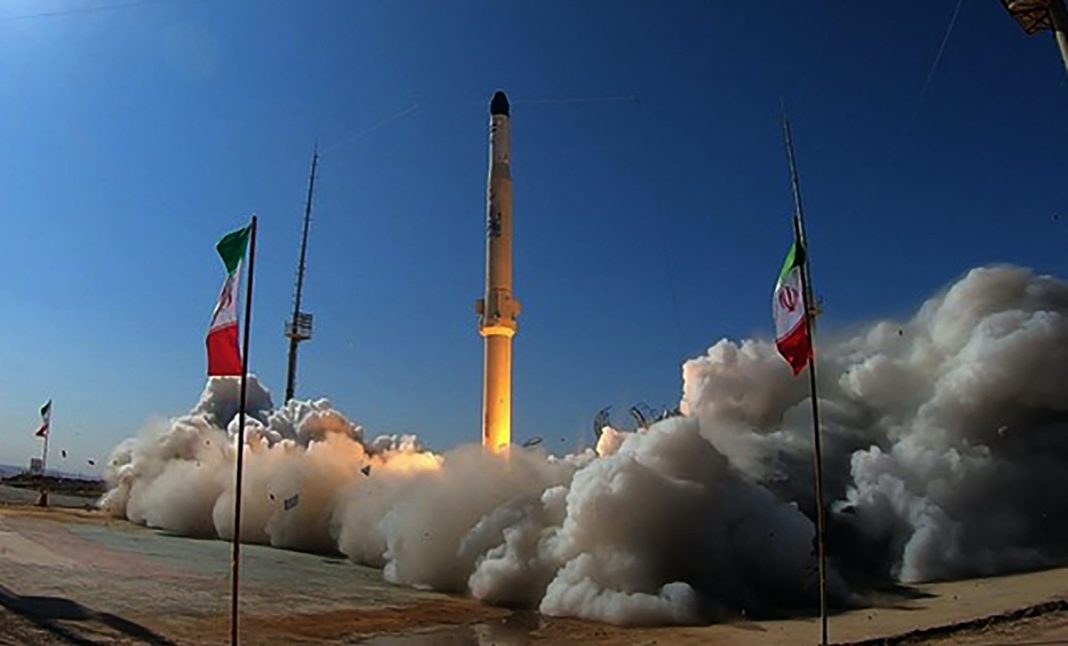 The first of its kind created by Iranian scientists, the Qaem 100, is capable of launching satellites weighing up to 80 kg 500 kilometers into space.

Thus, Nahid, a satellite created by Iran’s Ministry of Information and Communications Technology, will soon be launched into orbit using Qaem 100, according to IRGC officials.

Speaking on the sidelines of the ceremony, Hajizadeh said arrogant countries, led by the United States, are doing all they can to hinder Iran’s progress, adding, “They cannot stand the impressive achievements of Iran.”

Previous launches have drawn criticism from the United States and its allies, which have long been wary of Iran’s satellite program as the same technology can be used to develop long-range missiles. Iran says its satellite program is aimed at scientific research and other civilian applications.

Hajizadeh emphasized that the Iranian youths are overcoming the “heaviest” sanctions in history to make such great achievements.

Iran will continue down the path of progress and modern technologies, the IRGC commander insisted.

Iran has over the past years succeeded in manufacturing and putting into space different satellites as well as launching various carriers.