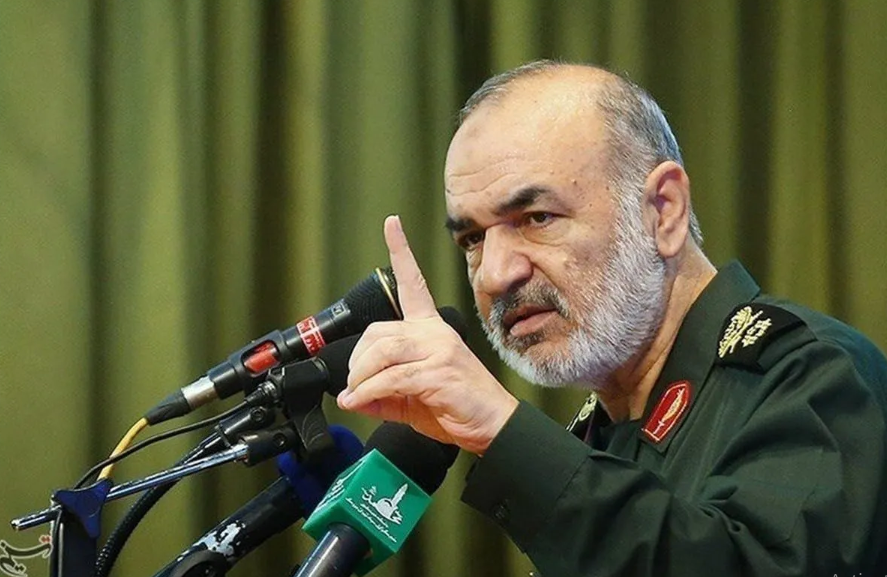 Salami made the comments following a meeting with Ziad al-Nakhalah, the secretary general of the Islamic Jihad, a Palestinian resistance group, in Tehran, on Saturday, one day after Israel started to target residential areas in the Gaza Strip, killing at least a dozen civilians, among them a five-year-old child, and injuring a large number more.

“Undoubtedly, the Palestinian resistance’s quick response to this crime shows that a new era has begun for the resistance to seize power, and the Zionists will pay yet another hefty price for their recent crimes,” he said.

Salami further noted that the power of the Palestinian resistance front has increased compared to the past, adding that given its vast capacities, the resistance has gained the ability to take the control of major wars.

“The course of developments in the occupied Palestinian territories and the waning power of the Zionists, who are on the decline, is a road of no return which ends in the liberation of al-Quds,” he added.

Meanwhile, Nakhalah said the Islamic Jihad and other resistance groups have made “significant” military progress and are ready to respond to Israeli attacks.

He further noted that the Iran’s resistance against the United States and the Zionist regime has “increased the morale of the Palestinian fighters.”

The Islamic Jihad leader also emphasized that his fellow fighters will press ahead with resistance, adding that with the cooperation of other Palestinian resistance groups, “we would be able to retaliate for any act of aggression by the Zionist regime and respond to it in a timely manner.”

On Friday, twelve people, including a senior commander of the Islamic Jihad, were killed in an airstrike by Israel on a center affiliated with the resistance movement in the city of Rafah located in the southern part of the besieged Gaza Strip.

Following the strike, the Islamic Jihad fired more than 100 rockets toward the occupied territories. The movement called the retaliatory barrage only an “initial response” to the Israeli bloodbath.

In the wake of the Friday aggression, the Israeli adversary must prepare for a “non-stop” confrontation, according to Nakhalah.

After this strike, there will not be a cease-fire, according to an Islamic Jihad official. He asserted that in this struggle, every resistance group must fight under a single flag.

On Saturday, the Tel Aviv government continued to target residential areas in Gaza, bringing international condemnation and raising fears of yet another conflict such to the one that occurred in May 2021.

During Operation Sword of al-Quds in May of last year, the resistance organizations in Gaza fired almost 4,000 rockets after the Israeli government started the conflict. This was the occupying government’s fourth major military offensive against the heavily populated Palestinian territory.